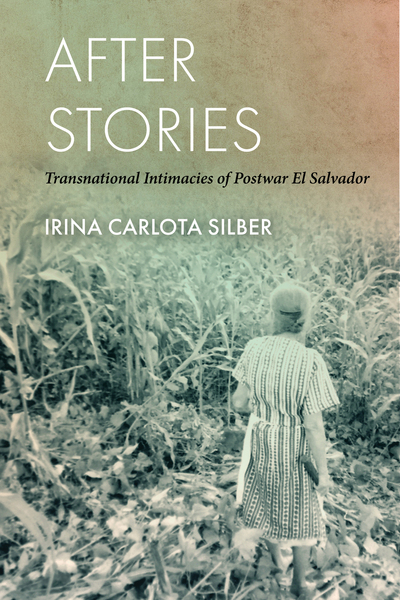 This book builds upon Irina Carlota [Lotti] Silber's nearly 25 years of ethnographic research centered in Chalatenango, El Salvador, to follow the trajectories—geographic, temporal, storied—of several extended Salvadoran families. Traveling back and forth in time and across borders, Silber narrates the everyday unfolding of diasporic lives rich with acts of labor, love, and renewed calls for memory, truth, and accountability in El Salvador's long postwar. Through a retrospective and intimate ethnographic method that examines archives of memories and troubles the categories that have come to stand for "El Salvador" such as alarming violent numbers, Silber considers the lives of young Salvadorans who were brought up in an everyday radical politics and then migrated to the United States after more than a decade of peace and democracy. She reflects on this generation of migrants—the 1.5 insurgent generation born to forgotten former rank-and-file militants—as well as their intergenerational, transnational families to unpack the assumptions and typical ways of knowing in postwar ethnography. As the 1.5 generation sustains their radical political project across borders, circulates the products of their migrant labor through remittances, and engages in collective social care for the debilitated bodies of their loved ones, they transform and depart from expectations of the wounded postwar that offer us hope for the making of more just global futures.

Irina Carlota [Lotti] Silber is Professor of Anthropology at The City College of New York. She is the author of Everyday Revolutionaries: Gender, Violence, and Disillusionment in Postwar El Salvador (2011).

"How often do anthropologists rethink field materials from a long-completed project? It's rare. And it's even more rare for them to do so with the depth of commitment and breadth of knowledge Silber brings to this remarkable book. Writing with clarity, humility, and a deep sense of engagement, she has produced an ethnography unlike any I've ever read."

"After Storiesis a beautiful example of how profoundly powerful reflexive, long-term ethnographic research can be! Silber urges us to question the relationships between the 'befores' and 'afters' of transformative change, reframes our understandings of truth and justice, and reorients the project of anthropology as a whole. A real tour de force!"