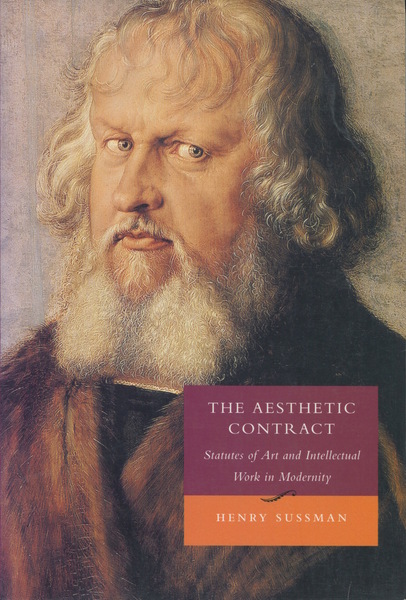 Ambitious in scope and innovative in concept, this book offers an overview and critique of the conventions surrounding artistic creativity and intellectual endeavor since the outset of "the broader modernity", which the author sees as beginning with the decline of feudalism and the Church.

As a work of intellectual history, it suggests that art and the conventions associated with the artistic constitute a secular institution that has supplanted pre-Reformation theology. From the perspective of the "subject," modernity has entailed a heightened sense of individuation, moral conflict, and pervasive loss and disaster. Yet the pitfalls that have earmarked personal experience have taken on positive value in an artistic enterprise that aspires to be a salutary replacement for externally imposed theological dogmas.

Beginning with Luther, Calvin, and Shakespeare and culminating with the Kantian notion of the artist as an "original genius," the author reconstructs the steps by which art and creative activity were installed as the redemptive values of a modernity in which human beings were forced to define knowledge and establish authority according to their own devices. In the process, the author reads passages from Plato, Proust, Donne, Locke, Berkeley, Hume, Kleist, Rousseau, Melville, Wittgenstein, as well as Benjamin, as well as the graphic works of Holbein, Dürer, Mondrian, and Rothko.

As a work of critical theory, The Aesthetic Contract posits an alternative model to Kant's "original genius." The author explores an understanding of art powered by the notion of the aesthetic contract, in which artists and intellectuals choose to operate within the parameters of certain explicit experiments until the contractual clauses that delimit these endeavors lose their currency or validity. As an intellectual analog to Rousseau's social contract, the aesthetic contract has allowed the modern artist to address issues of knowledge, authority, and experience once thought to fall within the domain of arbitrary, remote, and inaccessible agencies.

Henry Sussman is Professor of Comparative Literature at the State University of New York, Buffalo. He is the author of many books, most recently Kafka's Unholy Trinity: The Trial.

"An extremely important work of criticism and historical synthesis. [Sussman's] deepest motivation is not just to get the story straight about Western culture since the sixteenth century, but to explain to himself and to his readers how we got to be the way we are today."

"A rare achievement in an age when critical endeavor is still being consumed by theoretically and historically driven polemics. . . . Sussman's The Aesthetic Contract does us a great service by demonstrating the significant level to which critical understanding can rise when it does not reliquish historical specificity in the name of textal astuteness but, through this conbination, seeks to uncover what our more limited modernities have refused to think. In this respect, [the book] makes an extremely strong and convincing argument for the pervasive operation of the aesthetic as both an historically and theoretically significant category.