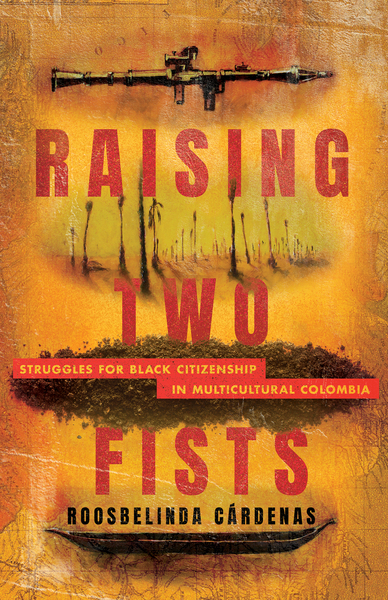 Raising Two Fists is a historically grounded ethnography of Afro-Colombian political mobilization after the multicultural turn that swept Latin America in the 1990s, when states began to recognize and legally enshrine rights for Afro-descendants. Roosbelinda Cardenas explores three major strategies that Afro-Colombians' developed in their struggles against racialized dispossession—the defense of culturally specific livelihoods through the creation of Black Territories; the demand for differential reparations for Afro-Colombian war victims; and the fight for inclusion in Colombia's peace negotiations and post-conflict rebuilding—illustrating how they engage in this work both as participants of organized political movements and in their everyday lives.

Although rights-based claims to the state have become necessary and pragmatic tools in the intersecting struggles for racial, economic, and social justice, Cardenas argues that they continue to be ineffective due to Colombia's entrenched colonial racial hierarchies. She shows that while Afro-Colombians pursue rights-based claims, they also forge African Diasporic solidarities and protect the flourishing of their lives outside of the frame of rights, and with or without the state's sanction—a "two-fisted" strategy for Black citizenship.