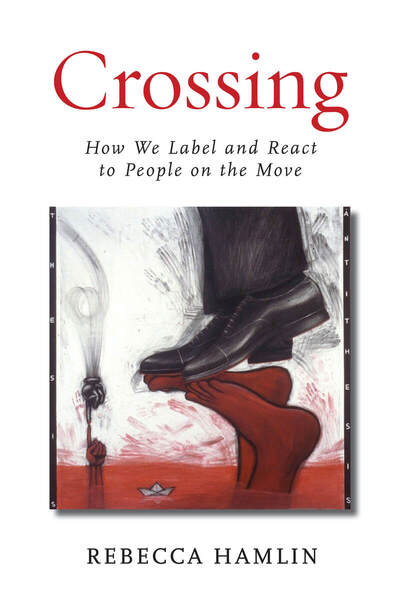 Today, the concept of "the refugee" as distinct from other migrants looms large. Immigration laws have developed to reinforce a dichotomy between those viewed as voluntary, often economically motivated, migrants who can be legitimately excluded by potential host states, and those viewed as forced, often politically motivated, refugees who should be let in. In Crossing, Rebecca Hamlin argues against advocacy positions that cling to this distinction. Everything we know about people who decide to move suggests that border crossing is far more complicated than any binary, or even a continuum, can encompass. Drawing on cases of various "border crises" across Europe, North America, South America, and the Middle East, Hamlin outlines major inconsistencies and faulty assumptions on which the binary relies. The migrant/refugee binary is not just an innocuous shorthand—indeed, its power stems from the way in which it is painted as apolitical. In truth, the binary is a dangerous legal fiction, politically constructed with the ultimate goal of making harsh border control measures more ethically palatable to the public. This book is a challenge to all those invested in the rights and study of migrants to move toward more equitable advocacy for all border crossers.

Rebecca Hamlin is Associate Professor of Legal Studies and Political Science at the University of Massachusetts, Amherst. She is the author of Let Me Be a Refugee (2014).

"Crossing is a theoretically rich, historically informed, and empirically sweeping corrective to misleading narratives about forced versus voluntary migration and the legal realities they generate. Rebecca Hamlin excavates the deep harms done by imposing distorting categories on the diverse realities of migrant lives and shows us how better language and laws will benefit everyone."

"A remarkable book. Hamlin applies deep insight and meticulous research to explore the expedient but misleading wisdom that sharply distinguishes refugees from migrants. This is essential reading for anyone eager for a pathbreaking and surely influential perspective on migration in the twenty-first century."

"Hamlin's book indeed wakes interest for these aspects: what is that space called 'beyond binaries' like and how are we to navigate it without use of other concepts that make sense in relation to their origin?"