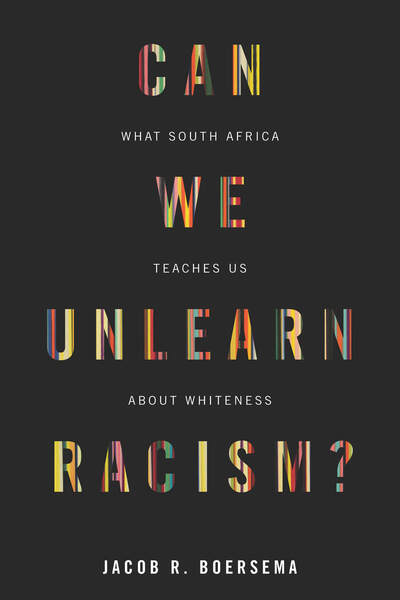 In contemporary South Africa, power no longer maps neatly onto race. While white South Africans continue to enjoy considerable power at the top levels of industry, they have become a demographic minority, politically subordinate to the black South African population. To be white today means having to adjust to a new racial paradigm. In this book, Jacob Boersema argues that this adaptation requires nothing less than unlearning racism: confronting the shame of a racist past, acknowledging privilege, and, to varying degrees, rethinking notions of nationalism. Drawing on more than 150 interviews with a cross-section of white South Africans—representationally diverse in age, class, and gender—Boersema details how they understand their whiteness and depicts the limits and possibilities of individual, and collective, transformation. He reveals that the process of unlearning racism entails dismantling psychological and institutional structures alike, all of which are inflected by emotion and shaped by ideas of culture and power. Can We Unlearn Racism? pursues a question that should be at the forefront of every society's collective consciousness. Theoretically rich and ethnographically empathetic, this book offers valuable insights into the broader sociological process of unlearning, relevant today to communities all around the world.

"The first ethnographic study of whites after apartheid, Can We Unlearn Racism? is a richly textured account of the lives of the defeated, those who lost social and political power in the course of South Africa's transition to democracy. Telling their stories from the inside out, this stunning work of scholarship reveals how white citizens deal with the present past by repositioning themselves as simply another minority while making claims on group rights in the language of the historically oppressed. Jacob Boersema's book breaks new ground in studies on the sociology of whiteness through the revealing insights promised in the subtitle: What South Africa teaches us about whiteness."

"Boersema's account is eloquent, powerful, and deeply thought-provoking. From the nation that was once the ultimate pariah state, he draws insights on the interplay of gender, class, and white identity politics that are highly relevant to anti-racist projects worldwide."

"Ultimately, the author highlights that racism has not been unlearned in South Africa, but an ongoing commitment to an anti-racist mind-set reflects the hope for transformation.... Highly recommended."