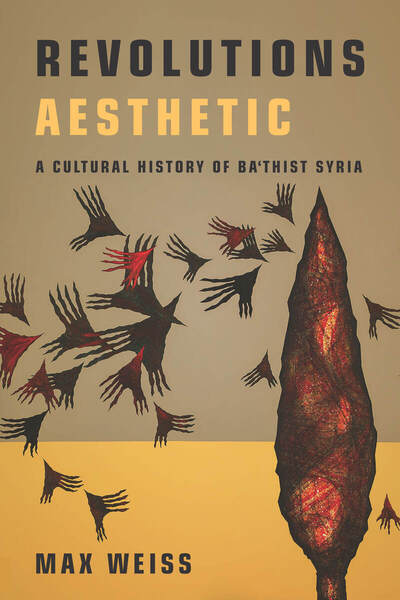 The November 1970 coup that brought Hafiz al-Asad to power fundamentally transformed cultural production in Syria. A comprehensive intellectual, ideological, and political project—a Ba'thist cultural revolution—sought to align artistic endeavors with the ideological interests of the regime. The ensuing agonistic struggle pitted official aesthetics of power against alternative modes of creative expression that could evade or ignore the effects of the state. With this book, Max Weiss offers the first cultural and intellectual history of Ba'thist Syria, from the coming to power of Hafiz al-Asad, through the transitional period under Bashar al-Asad, and continuing up through the Syria War.

Revolutions Aesthetic reconceptualizes contemporary Syrian politics, authoritarianism, and cultural life. Engaging rich original sources—novels, films, and cultural periodicals—Weiss highlights themes crucial to the making of contemporary Syria: heroism and leadership, gender and power, comedy and ideology, surveillance and the senses, witnessing and temporality, and death and the imagination. Revolutions Aesthetic places front and center the struggle around aesthetic ideology that has been key to the constitution of state, society, and culture in Syria over the course of the past fifty years.

Max Weiss is Associate Professor of History and Near Eastern Studies at Princeton University. He is the author of In the Shadow of Sectarianism: Law, Shi'ism and the Making of Modern Lebanon (2010).

"Innovative, meticulous, and brilliantly written, Revolutions Aesthetic will serve as the standard bearer for studies on the modern cultural history of the Arab world and the broader Middle East. Max Weiss's work has profound implications for understanding the relationship of cultural producers and the state within postcolonial revolutionary systems around the world."

"Revolutions Aesthetic intervenes in a rich conversation about 20th- and early 21st-century cultural production in Syria's evolving dictatorship. Max Weiss's attention to gender dynamics and competing artistic visions, as well as his admirably lucid prose, make this book a valuable contribution to understanding the relationship between politics and aesthetics."

"Max Weiss dives into the history of the revolution's aesthetic, which, like a safe for the imagination, senses, and freedom of Syrians, the dictator has failed to melt into his full metal statue. Revolutions Aesthetic enters the Syrian cinematic shot to observe and understand how it works."

—Ossama Mohammed, director of Stars in Broad Daylight and Sacrifices