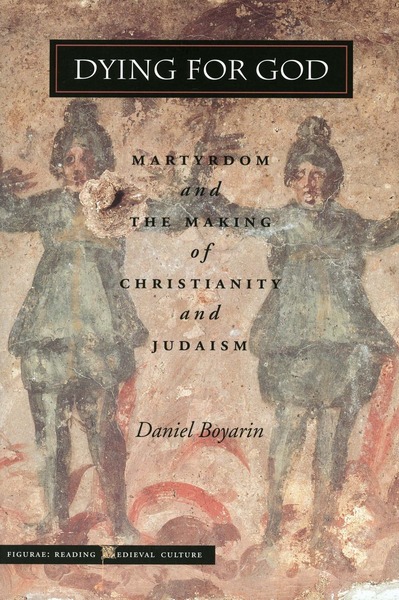 Not long ago, everyone knew that Judaism came before Christianity. More recently, scholars have begun to recognize that the historical picture is quite a bit more complicated than that. In the Jewish world of the first century, many sects competed for the name of the true Israel and the true interpreter of the Torah—the Talmud itself speaks of seventy—and the form of Judaism that was to be the seedbed of what eventually became the Christian Church was but one of these many sects. Scholars have come to realize that we can and need to speak of a twin birth of Christianity and Judaism, not a genealogy in which one is parent to the other.

In this book, the author develops a revised understanding of the interactions between nascent Christianity and nascent Judaism in late antiquity, interpreting the two "new" religions as intensely and complexly intertwined throughout this period. Although the "officials" of the eventual winners in both communities—the Rabbis in Judaism and the orthodox leaders in Christianity—sought to deny it, until the end of late antiquity many people remained both Christians and Jews. This resulted, among other things, in much shared religious innovation that affected the respective orthodoxies as well.

Dying for God aims to establish this model as a realistic one through close and comparative readings of contemporary Christian texts and Talmudic narratives that thematize the connections and differences between Christians and Jews as these emerged around the issue of martyrdom. The author argues that, in the end, the developing discourse of martyrology involved the circulation and exchange of cultural and religious innovations between the two communities as they moved toward sharper self-definition.

Daniel Boyarin is Taubman Professor of Talmudic Culture at the University of California, Berkeley. He is the author of several books, most recently Unheroic Conduct: The Rise of Heterosexuality and the Invention of the Jewish Man.

"Daniel Boyarin has done it again. With this book . . . he has again provoked, challenged, and enlightened us. With his usual clear, crisp, and sometimes sharp-edged writing, with his consistently critical engagement of ancient primary and modern and postmodern secondary interpretive texts and theories, Boyarin has forced us to think again and in some respects in radically different ways and on radically different terms about. . .the 'making' of Christianity and Judiasm."

"This is a rich, stimulating and compelling work. Boyarin's writing is complex and full fo irony and humor. . . . It is fascinating and, like a good drama, draws the reader in as if to solve a mystery. . . . Even those how are not in the field of ancient Judiasm . . . will find much of interest in this book."

"This volume highlights new developments in understanding Christian and Jewish origins. It is intended to be the beginning of a new investigation of the religious histories of rabbinic Jews and Christians in late antiquity. It is, according to Boyarin, to be read more as a series of hypotheses than as a series of conclusions. Nevertheless it is a very exciting publication. . . . I find the central thesis compelling, even astonishing, but quite exhilirating. We are much indebted to someone who has the vision to see the past in ways most of us never fully envisaged."

" . . . [This] book is especially worthwhile for anyone interested in the evolution of Christian and Jewish self-understanding in Late Antiquity."

"Boyarin tells this story with grace and impressive erudition. Previously unnoticed connections are established that shed rich light on the developments under study. Boyarin has placed the separation of Judaism and Christianity into the historical context of real people attempting to understand themselves and one another, and the once-familiar story will never again look the same. He is to be congratulated for a valuable contribution."

"Boyarin's exciting book has shown us that the parting of the ways between Christianity and Judaism never really occurred, at least not in the way scholars have imagined."