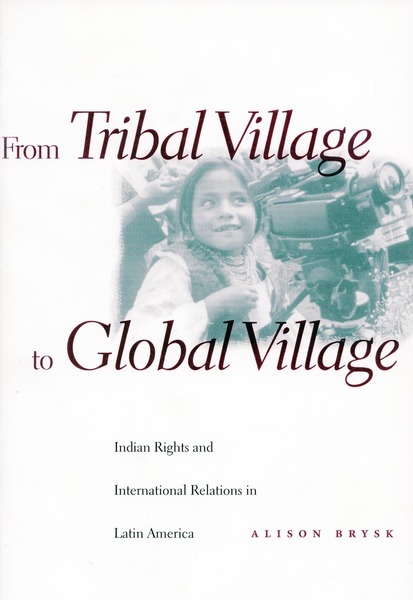 In Ecuador, every year since 1990 Indian protestors have brought the country to a standstill; in Mexico, Zapatista indigenous guerillas rose up in arms to protest North American free trade. In Brazil, shamans faced down bulldozers to block World Bank dams, while in Bolivia, peasants attacked U.S. troops for the right to grow coca. These are a few examples of the rise of a transnational human rights movement among the hemisphere’s most isolated and powerless people, Latin American Indians.

This book tells the story of the unexpected impact of the Indian rights movement on world politics, from reforming the United Nations to evicting oil companies. Using a constructivist theoretical approach that synthesizes international relations, social movement theory, ethnic politics, and work on democratic transitions, the author argues that marginalized people have responded to globalization with new, internationalized forms of identity politics that reconstruct power relations.

Based on case studies from Ecuador, Mexico, Brazil, Nicaragua, and Bolivia, this book analyzes the implications of these human rights experiences for all of Latin America’s 40 million indigenous citizens, and the 300 million native people throughout the world. The thematic organization of the book allows the author to trace distinctive dynamics of interstate relations, global markets, and transnational civil society. The book concludes with an analysis of the movement’s impact and policy recommendations.

Alison Brysk is Associate Professor of Political Science at the University of California, Irvine. She is the author of The Politics of Human Rights in Argentina (Stanford, 19

“Drawing upon exhaustive, original research on indigenous political movements in five Latin American countries, this impressive work provides a sophisticated, persuasive, and nuanced analysis of how even the poorest and most marginalized groups in Latin American society can influence broader national and international institutions by projecting ethnic identities onto the global stage.” —Kenneth M. Roberts, University of New Mexico