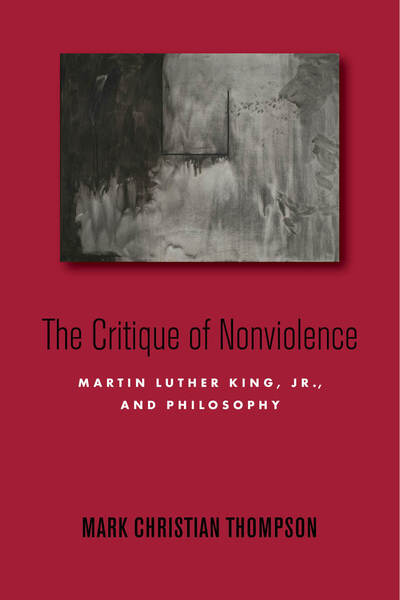 How does Martin Luther King, Jr., understand race philosophically and how did this understanding lead him to develop an ontological conception of racist police violence?

Tracking the presence of twentieth-century German philosophy and theology in his thought, the book situates King's ontology conceptually and socially in nonviolent protest. In so doing, The Critique of Nonviolence reads King's "Letter from a Birmingham Jail" (1963) with Walter Benjamin's "Critique of Violence" (1921) to reveal the depth of King's political-theological critique of police violence as the illegitimate appropriation of the racialized state of exception. As Thompson argues, it is in part through its appropriation of German philosophy and theology that King's ontology condemns the perpetual American state of racial exception that permits unlimited police violence against Black lives.

"Reading King with Heidegger and Benjamin, Thompson's study is a welcome and intellectually engaging contribution to the recent renaissance of scholarship devoted to King's philosophical thought."

"A tour de force! Essential for students of King, Black Power, and twentieth-century Africana and European philosophy. Thompson's King is an important counterweight to the simple, sanitized saint that haunts mainstream politics."