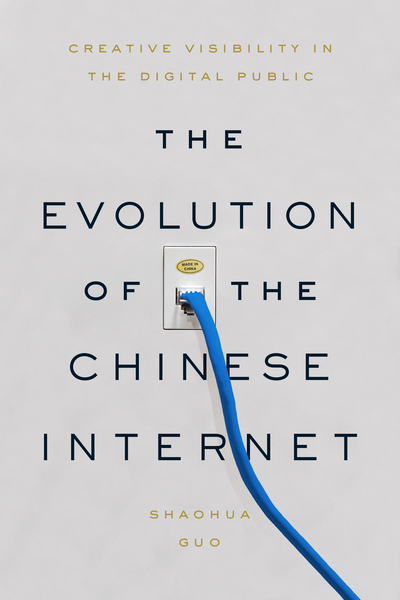 Despite widespread consensus that China's digital revolution was sure to bring about massive democratic reforms, such changes have not come to pass. While scholars and policy makers alternate between predicting change and disparaging a stubbornly authoritarian regime, in this book Shaohua Guo demonstrates how this dichotomy misses the far more complex reality. The Evolution of the Chinese Internet traces the emergence and maturation of one of the most creative digital cultures in the world through four major technological platforms: the bulletin board system, the blog, the microblog, and WeChat. Guo transcends typical binaries of freedom and control, to argue that Chinese Internet culture displays a uniquely sophisticated interplay between multiple extremes, and that its vibrancy is dependent on these complex negotiations. In contrast to the flourishing of research findings on what is made invisible online, this book examines the driving mechanisms that grant visibility to particular kinds of user-generated content. Offering a systematic account of how and why an ingenious Internet culture has been able to thrive, Guo highlights the pivotal roles that media institutions, technological platforms, and creative practices of Chinese netizens have played in shaping culture on- and offline.

"Guo brings much-needed historical and literary sensitivities to the study of complex technological forms. Her innovative approach sheds critical new light on the history, culture, and politics of the Chinese internet. Highly recommended!"

"Built on over a decade of scrupulous field research and perspicacious on-site observations, this book puts itself on the must-read list of intellectual endeavors inquiring into the way of being on China's ever-evolving internet. Subtly contextualized and dexterously historicized, the narratives embed rich concepts in the flesh and blood of everyday life, virtual and real."