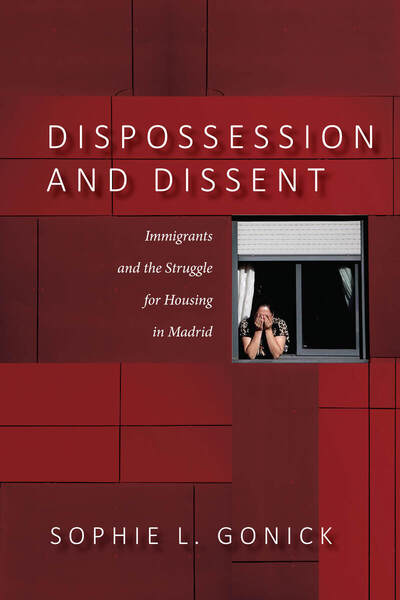 Since the 2008 financial crisis, complex capital flows have ravaged everyday communities across the globe. Housing in particular has become increasingly precarious. In response, many movements now contest the long-held promises and established terms of the private ownership of housing. Immigrant activism has played an important, if understudied, role in such struggles over collective consumption. In Dispossession and Dissent, Sophie Gonick examines the intersection of homeownership and immigrant activism through an analysis of Spain's anti-evictions movement, now a hallmark for housing struggles across the globe.

Madrid was the crucible for Spain's urban planning and policy, its millennial economic boom (1998–2008), and its more recent mobilizations in response to crisis. During the boom, the city also experienced rapid, unprecedented immigration. Through extensive archival and ethnographic research, Gonick uncovers the city's histories of homeownership and immigration to demonstrate the pivotal role of Andean immigrants within this movement, as the first to contest dispossession from mortgage-related foreclosures and evictions. Consequently, they forged a potent politics of dissent, which drew upon migratory experiences and indigenous traditions of activism to contest foreclosures and evictions.

Sophie L. Gonick is Assistant Professor in the Department of Social and Cultural Analysis at New York University.

"In this beautifully crafted ethnography, Sophie Gonick reveals the dark side of speculative homeownership and the startling vibrancy and camaraderie of immigrant-led urban activism. A wonderful treatise on these turbulent yet hopeful times."

"Gonick offers a counter-narrative to familiar accounts that emphasize rising nativism and xenophobia amid segments of the working classes in southern Europe. There are important lessons here for how broad-based progressive alliances can form in the face of collapsing property markets and accumulation by dispossession."