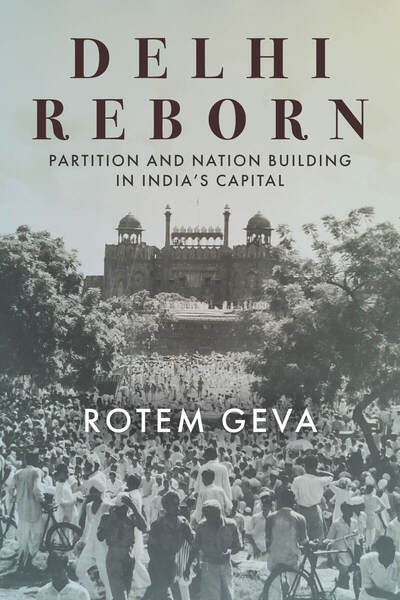 Delhi, one of the world's largest cities, has faced momentous challenges—mass migration, competing governing authorities, controversies over citizenship, and communal violence. To understand the contemporary plight of India's capital city, this book revisits one of the most dramatic episodes in its history, telling the story of how the city was remade by the twin events of partition and independence. Treating decolonization as a process that unfolded from the late 1930s into the mid-1950, Rotem Geva traces how India and Pakistan became increasingly territorialized in the imagination and practice of the city's residents, how violence and displacement were central to this process, and how tensions over belonging and citizenship lingered in the city and the nation. She also chronicles the struggle, after 1947, between the urge to democratize political life in the new republic and the authoritarian legacy of colonial rule, augmented by the imperative to maintain law and order in the face of the partition crisis. Drawing on a wide range of sources, Geva reveals the period from the late 1930s to the mid-1950s as a twilight time, combining features of imperial framework and independent republic. Geva places this liminality within the broader global context of the dissolution of multiethnic and multireligious empires into nation-states and argues for an understanding of state formation as a contest between various lines of power, charting the links between different levels of political struggle and mobilization during the churning early years of independence in Delhi.

Rotem Geva is Lecturer in Asian Studies and History at The Hebrew University of Jerusalem.

"This elegantly written book sheds fresh light on issues of violence, migration, citizenship, and the politics of self-expression. It enriches both the narrativization of Partition and historical understanding of India's contemporary emergence as an ethnic democracy."

"In this innovative new history, Rotem Geva explores the sweeping changes that swept over Delhi as a result of India's independence and partition violence in 1947. The millenarian visions that shaped both the Indian nationalist movement and the movement for Pakistan provide a backdrop to the on-the-ground changes wrought by migration, struggles over property, and new forms of religious identity politics and state-making—which transformed the city forever."

"Rotem Geva supplies a concise, perceptive history of 'how the twin events of partition and independence remade Delhi.'"