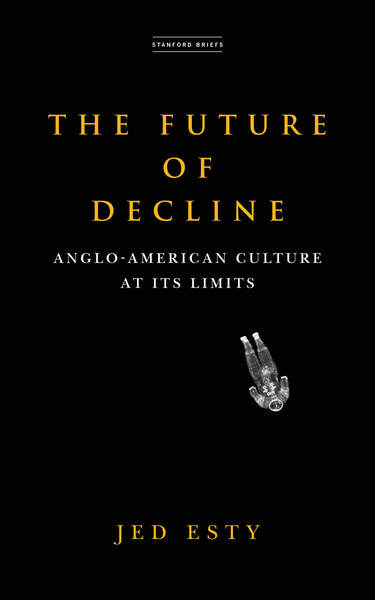 As the US becomes a second-place nation, can it shed the superpower nostalgia that still haunts the UK?

The debate over the US's fading hegemony has raged and sputtered for 50 years, glutting the market with prophecies about American decline. Media experts ask how fast we will fall and how much we will lose, but generally ignore the fundamental question: What does decline mean? What is the significance, in experiential and everyday terms, in feelings and fantasies, of living in a country past its prime?

Drawing on the example of post-WWII Britain and looking ahead at 2020s America, Jed Esty suggests that becoming a second-place nation is neither disastrous, as alarmists claim, nor avoidable, as optimists insist. Contemporary declinism often masks white nostalgia and perpetuates a conservative longing for Cold War certainty. But the narcissistic lure of "lost greatness" appeals across the political spectrum. As Esty argues, it resonates so widely in mainstream media because Americans have lost access to a language of national purpose beyond global supremacy. It is time to shelve the shopworn fables of endless US dominance, to face the multipolar world of the future, and to tell new American stories. The Future of Decline is a guide to finding them.

Jed Esty is the Vartan Gregorian Professor of English at the University of Pennsylvania. He is the author of A Shrinking Island (2004) and Unseasonable Youth (2012).

"The USA will never again dominate world politics as it did at the end of the twentieth century. So far, American politics and culture have mainly thrashed and flailed in the face of this reality. The Future of Decline offers the necessary and urgent lesson that comparative national decline can, instead, be managed with good grace—as a blessing rather than a curse. In keeping with its teaching, Esty's book is a wise and even beautiful one."

"The best thing about history is that it can always take another turn. The Future of Decline is a powerful provocation to craft a new national narrative, one that faces reality and locates tools for building something better."

"This is a consistently intelligent, sweepingly synthetic, and urgently important book."

—Michael Szalay, author of Second Lives: Black-Market Melodramas and the Reinvention of Television

"This book is a generative call to arms. Esty insists we have reasons to be cheerful amidst American decline—if we do the hard work of providing a renewed vision of a more equitable future for the nation."

"The Future of Decline is sharp, provocative, and engaging at every turn."

—Gayle Rogers, author of Speculation: A Cultural History from Aristotle to AI

Prof. Jed Esty - Author of 'The Future of Decline: Anglo-American Culture at Its Limits

The Baffler
Jed Esty: Liz Truss’ stormy reign has lessons for the US on how not to be an aging superpower