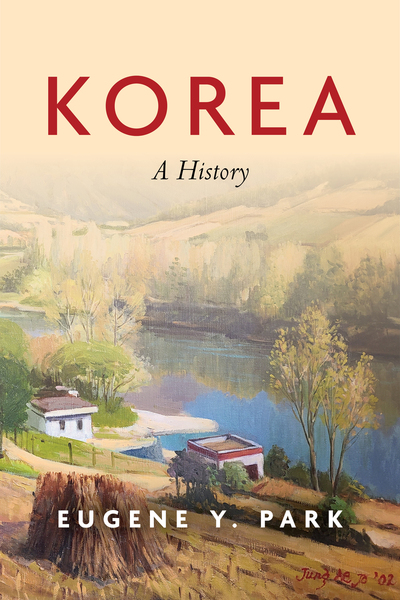 While popular trends, cuisine, and long-standing political tension have made Korea familiar in some ways to a vast English-speaking world, its recorded history of some two millennia remains unfamiliar to most. Korea: A History addresses general readers, providing an up-to-date, accessible overview of Korean history from antiquity to the present. Eugene Y. Park draws on original-language sources and the up-to-date synthesis of East Asian and Western-language scholarship to provide an insightful account. This book expands still-limited English-language discussions on pre-modern Korea, offering rigorous and compelling analyses of Korea's modernization while discussing daily life, ethnic minorities, LGBTQ history, and North Korean history not always included in Korea surveys. Overall, Park is able to break new ground on questions and debates that have been central to the field of Korean studies since its inception.

Eugene Y. Park is the Rick and Cathy Trachok Endowed Chair in International Studies and Professor in History at the University of Nevada, Reno. He is the author of A Genealogy of Dissent (Stanford University Press, 2018).

"This long-awaited book demonstrates the author's broad expertise, and incorporates recent discoveries of Korean history. Strongly recommended both for readers interested in an introduction to Korean history and for specialists who want to update their knowledge."

"This book offers a sweeping yet detailed overview of the Korean past. Park's periodization (classical, post-classical, early modern, and late modern) is an innovative interpretation and succeeds in making the Korean narrative relevant to comparative world history."

"With discussions on numerous aspects of cultural and economic history—including religion, education, gender, architecture, food, and popular culture—this comprehensive but accessible book is a welcome corrective to earlier work that tended to focus on institutional, intellectual, and political history of Korea as a 'tributary state' in the sinocentric order."