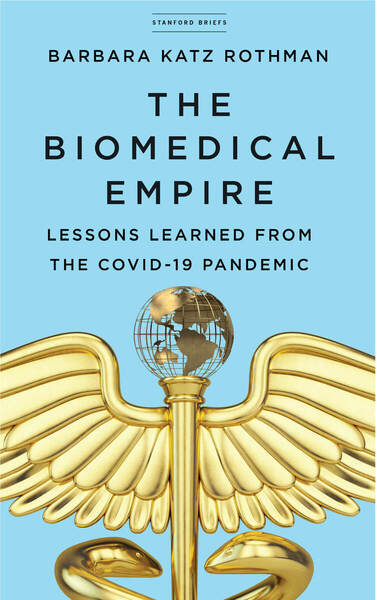 We are all citizens of the Biomedical Empire, though few of us know it, and even fewer understand the extent of its power. In this book, Barbara Katz Rothman clarifies that critiques of biopower and the "medical industrial complex" have not gone far enough, and asserts that the medical industry is nothing short of an imperial power. Factors as fundamental as one's citizenship and sex identity—drivers of our access to basic goods and services—rely on approval and legitimation by biomedicine. Moreover, a vast and powerful global market has risen up around the empire, making it one of the largest economic forces in the world. Katz Rothman shows that biomedicine has the key elements of an imperial power: economic leverage, the faith of its citizens, and governmental rule. She investigates the Western colonial underpinnings of the empire and its rapid intrusion into everyday life, focusing on the realms of birth and death. This provides her with a powerful vantage point from which to critically examine the current moment, when the COVID-19 pandemic has exposed the power structures of the empire in unprecedented ways while sparking the most visible resistance it has ever seen.

Barbara Katz Rothman is Professor of Sociology, at the City University of New York. She has served as President of Sociologists for Women in Society; the Society for the Study of Social Problems, and the Eastern Sociological Society. Her awards include the Jesse Bernard Award of the American Sociological Association, and an award for "Midwifing the Movement" from the Midwives Alliance of North America, and a distinguished Chair in Health Sciences from the Fulbright Association. She is the author of numerous books, most recently A Bun in the Oven: How the Food and Birth Movements Resist Industrialization (2016).

"Women have always been healers, the wise women. Barbara Katz Rothman shows how medicine has taken over the gates of life, the care of our bodies, and what has cost communities and cultures around the world."

"After the post-colonial critique of empire and the Foucauldian critique of biopower, Katz Rothman exposes the insidious reach of the biomedical empire, a global industry that has appropriated our capacity to care, commodified our sense of well-being, and seized full control over the beginning and end of life. Essential sociological reading for anyone interested in rescuing critical medical sociology from the clutches of right-wing populism."

"This book identifies the Biomedical Empire as the global leviathan monopolizing control of medicalized/industrialized healthcare, a truly imperial system defined by the bottom-line logic of 21st-century corporate- and finance-dominated global capitalism. This short, provocative account wonderfully illustrates how all this top-down-controlled machinery impacts intimate human events like birth, death, and the lonely terror of COVID-19 pandemic victims."

Offline: How others see us

The Lancet
More in Sociology—Science, Technology, and Medicine