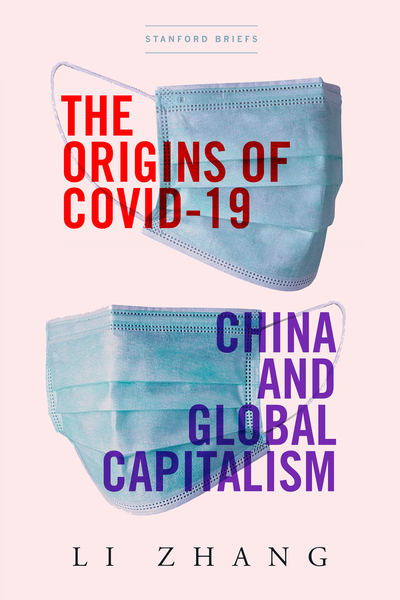 The Origins of COVID-19
China and Global Capitalism
Li Zhang

A new strain of coronavirus emerged sometime in November 2019, and within weeks a cluster of patients began to be admitted to hospitals in Wuhan with severe pneumonia, most of them linked to the Huanan Seafood Wholesale Market. China's seemingly effective containment of the first stage of the epidemic, in glaring contrast with the uncontrolled spread in Europe and the United States, was heralded as a testament to the Chinese Communist Party's unparalleled command over the biomedical sciences, population, and economy. Conversely, much academic and public debate about the origins of the virus focuses on the supposedly "backwards" cultural practice of consuming wild animals and the perceived problem of authoritarianism suppressing information about the outbreak until it was too late.

The Origins of COVID-19, by Li Zhang, shifts debate away from narrow cultural, political, or biomedical frameworks, emphasizing that we must understand the origins of emerging diseases with pandemic potential (such as SARS and COVID-19) in the more complex and structural entanglements of state-making, science and technology, and global capitalism. She argues that both narratives, that of China's victory and the racist depictions of its culpability, do not address—and even aggravate—these larger forces that degrade the environment and increase the human-wildlife interface through which novel pathogens spill over into humans and may rapidly expand into global pandemics.

Li Zhang is Visiting Assistant Professor of Global and International Studies at the University of California, Irvine.