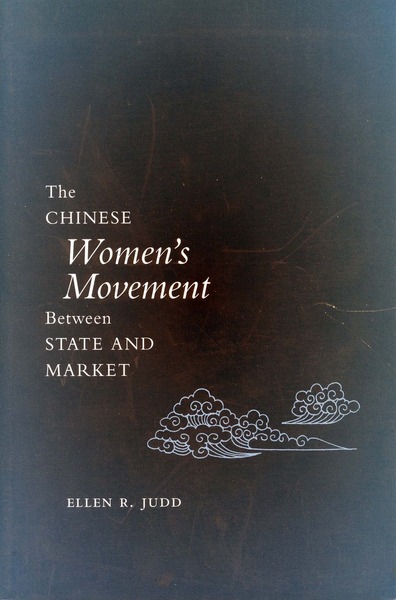 When China embarked on its rural economic reforms in the early 1980s, changes for women were not a planned part of its program for economic development, in the countryside or in the nation at large.

In the late 1980s the official arm of the Chinese women's movement, the Women's Federations, began experimenting with a series of strategies designed to position women in the mainstream of the reform-era economy. A distinctive feature of this initiative was its focus on "quality" (suzhi), including literacy, general education, and practical technical training, and extending to a general effort to strengthen women's place in the market. The state's official women's movement had paradoxically become the major champion and architect of rural Chinese women's turn toward the market economy.

This book examines in detail how the women's movement strategy was developed and implemented in one village in the northern Chinese province of Shandong, exploring the multiple meanings of the discourse on quality and the creation of a uniquely Chinese gender-and-development policy. The author explores several dimensions of this strategy: the promotion of education and training, the building of an organizational base for the rural women's movement, and the expansion of women's involvement in market competition. The author broadens the scope of the book by comparing similar strategies pursued in urban women's organizations in Shandong in the 1990s.

Ellen R. Judd is Professor and Head of Anthropology at the University of Manitoba. She is the author of Gender and Power in Rural North China (Stanford, 1994), and the co-editor of Feminists Doing Development: A Practical Critique.

"For people looking for contemporary strategies to promote education, literacy and training for women in rural settings in order to improve their involvement in market competition, this book will be a helpful guide. It adds to the literature on gender and development and creates new signposts for the women's movement."

"In this book, Ellen Judd provides a crisply clear, well documented and thorough account of the way in which 'the women's movement' has responded to the new demands of the reform era and the increased salience of the market economy. . . . This is a useful and well researched book, reflecting a long period of reflection. It deserves a far wider readership than simply 'Chinese' anthropologists or sociologists."

"An excellent study of the Women's Federations' rural work before 1995."

than fulfills its aim to contribute to an international understanding of the grassroots women's movement in China. It should be read by anyone interested in how state and market shape and are shaped by the lives of the citizens of China."

"This book is a significant contribution to the study of the women's movement in contemporary China." 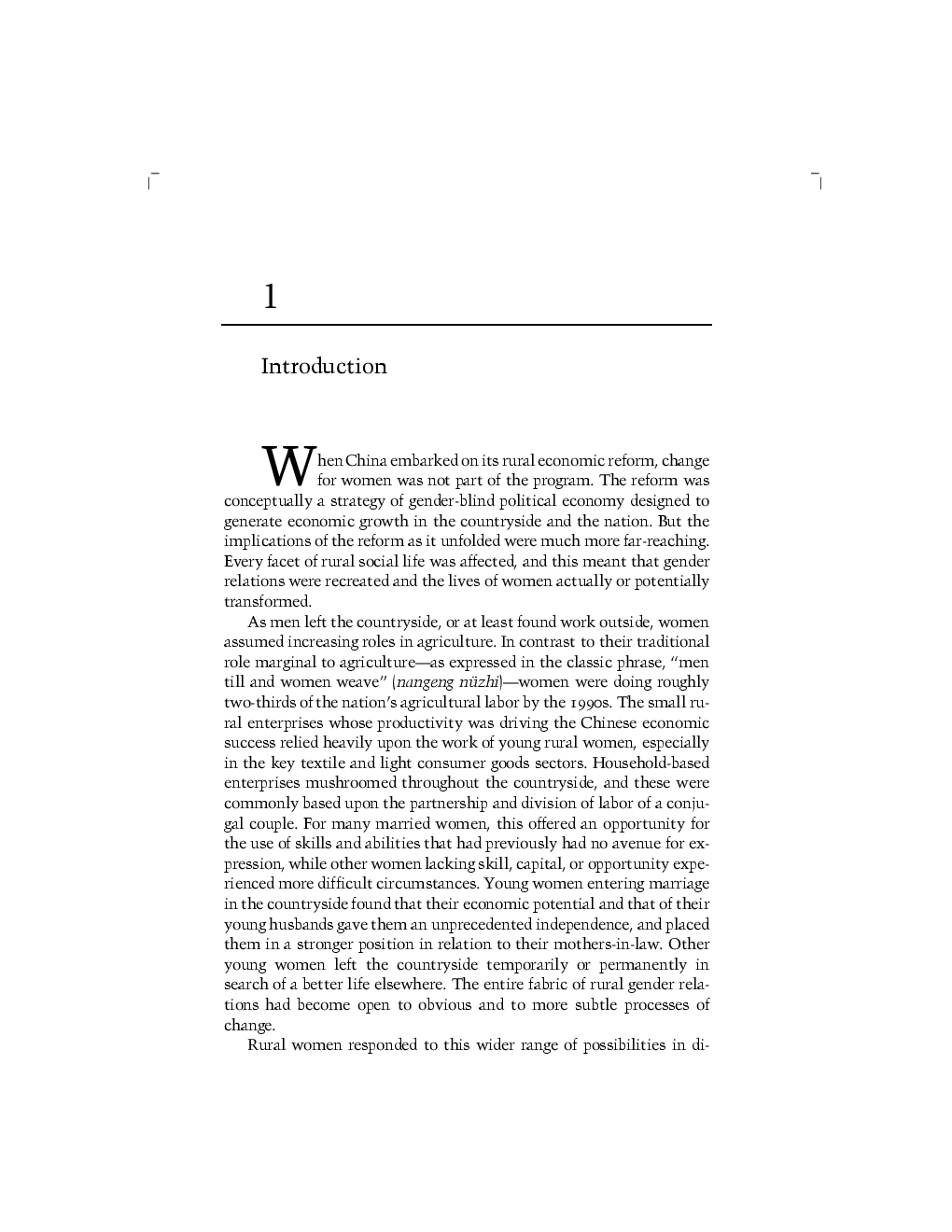 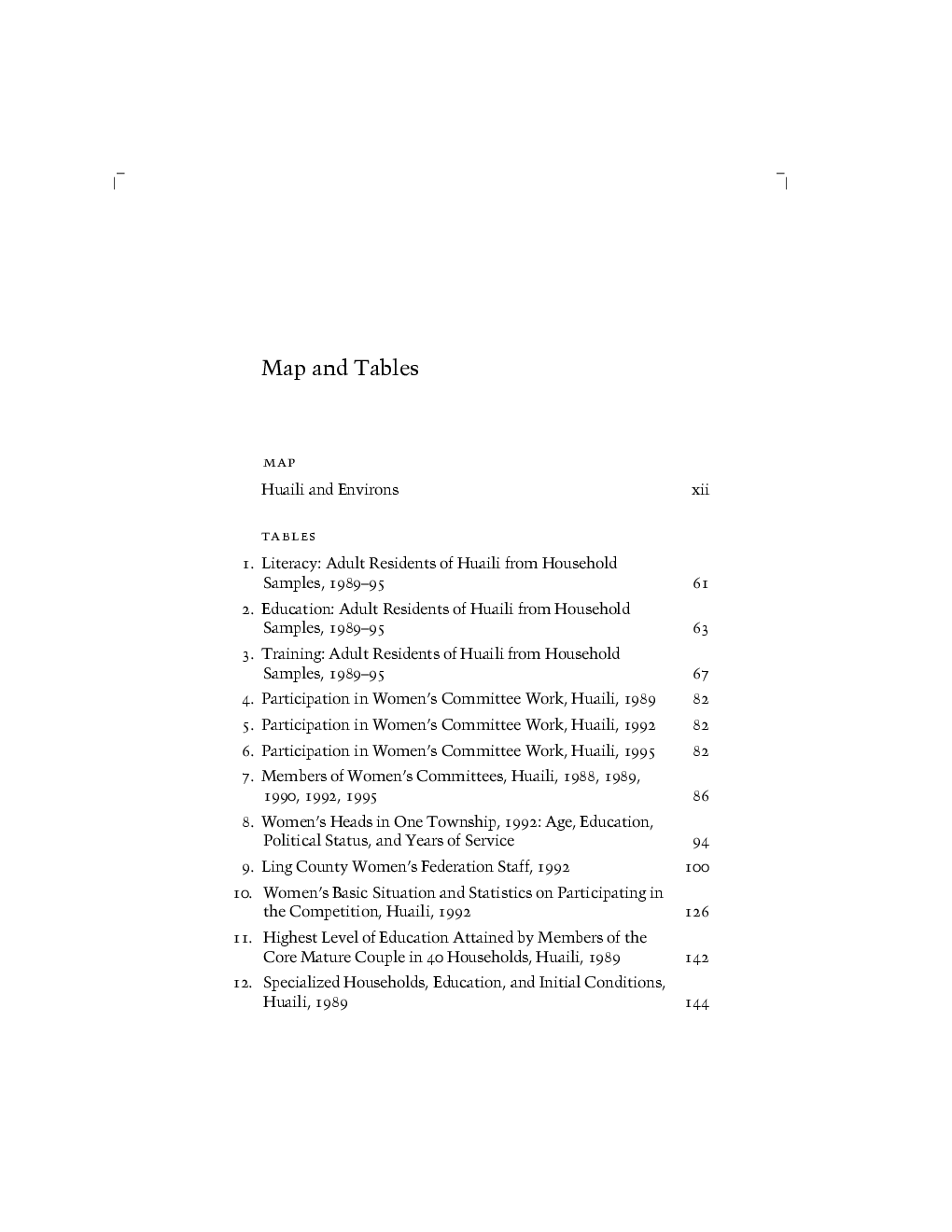 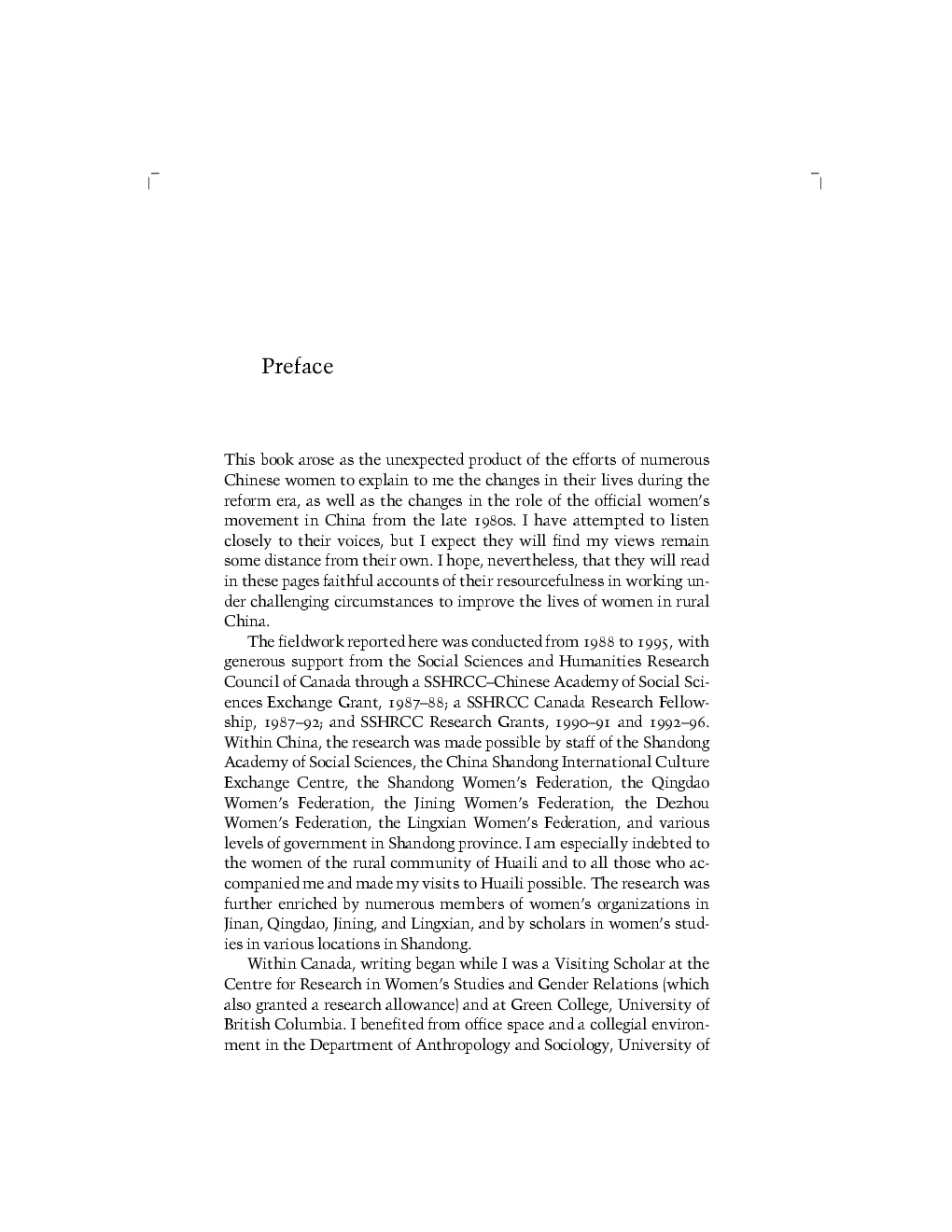 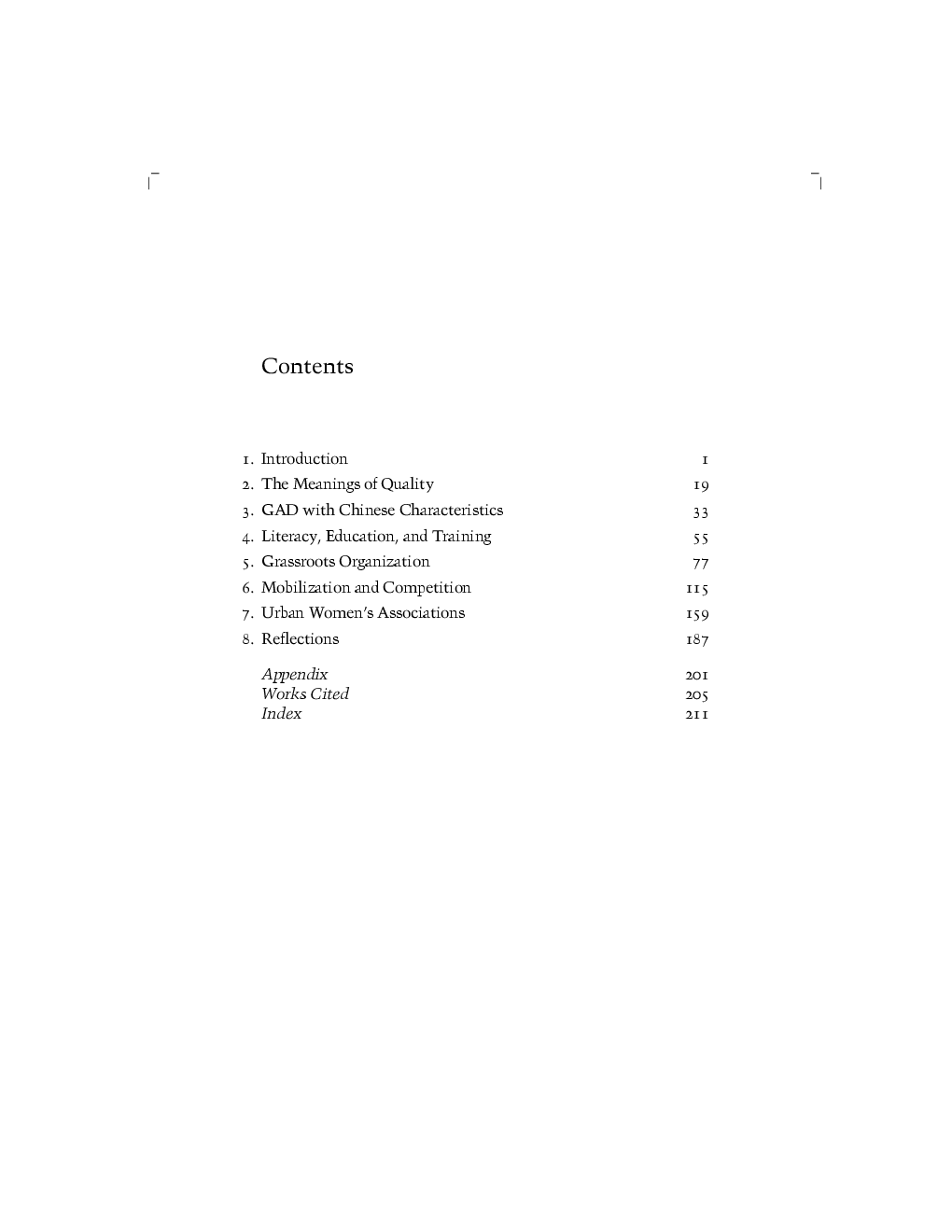