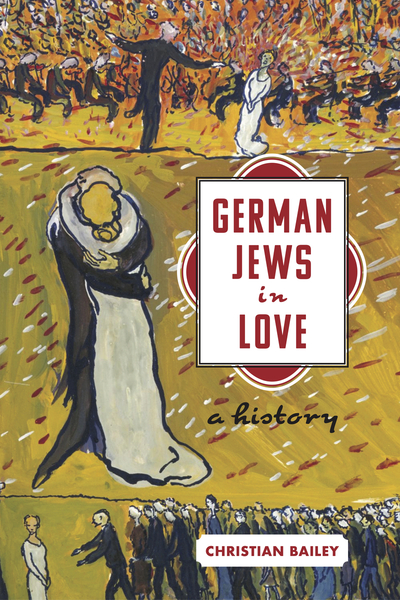 This book explores the dynamic role of love in German-Jewish lives, from the birth of the German Empire in the 1870s, to the 1970s, a generation after the Shoah. During a remarkably turbulent hundred-year period when German Jews experienced five political regimes, rapid urbanization, transformations in gender relations, and war and genocide, the romantic ideals of falling in love and marrying for love helped German Jews to develop a new sense of self. Appeals to romantic love were also significant in justifying relationships between Jews and non-Jews, even when those unions created conflict within and between communities.

By incorporating novel approaches from the history of emotions and life-cycle history, Christian Bailey moves beyond existing research into the sexual and racial politics of modern Germany and approaches a new frontier in the study of subjectivity and the self. German Jews in Love draws on a rich array of sources, from newspapers and love letters to state and other official records. Calling on this evidence, Bailey shows the ways German Jews' romantic relationships reveal an aspect of acculturation that has been overlooked: how deeply cultural scripts worked their way into emotions; those most intimate and seemingly pre-political aspects of German-Jewish subjectivity.

Christian Bailey is Assistant Professor of History at Purchase College.

"This profound and moving study of how and why German Jews clung to their understanding of love amidst many brutal historical shifts bears witness to human emotional resiliency—and its breaking points."

"Based on meticulous research, this pathbreaking study explains the continuity of ideas about love among German Jews despite cataclysmic regime changes. It skillfully explores the connections and contradictions between the lofty notions of love Jews lived by and the complicated everyday reality they lived in. A major contribution to German, Jewish, and gender history."

—Till van Rahden, University of Montreal