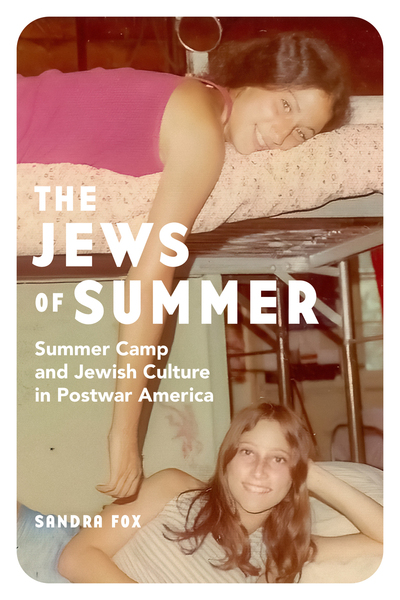 In the decades directly following the Holocaust, American Jewish leaders anxiously debated how to preserve and produce what they considered authentic Jewish culture, fearful that growing affluence and suburbanization threatened the future of Jewish life. Many communal educators and rabbis contended that without educational interventions, Judaism as they understood it would disappear altogether. They pinned their hopes on residential summer camps for Jewish youth: institutions that sprang up across the U.S. in the postwar decades as places for children and teenagers to socialize, recreate, and experience Jewish culture. Adults' fears, hopes, and dreams about the Jewish future inflected every element of camp life, from the languages they taught to what was encouraged romantically and permitted sexually. But adult plans did not constitute everything that occurred at camp: children and teenagers also shaped these sleepaway camps to mirror their own desires and interests and decided whether to accept or resist the ideas and ideologies their camp leaders promoted. Focusing on the lived experience of campers and camp counselors, The Jews of Summer demonstrates how a cultural crisis birthed a rite of passage that remains a significant influence in American Jewish life.

Sandra Fox is visiting assistant professor of Hebrew Judaic Studies and Director of the Archive of the Jewish Left Project at New York University, and founder and executive producer of the Yiddish-language podcast Vaybertaytsh: A Feminist Podcast in Yiddish.

"The Jews of Summer is an important contribution to the study of postwar Jewish life. Sandra Fox's engaging and highly readable study of Jewish summer camping offers its fullest and most complex analysis, taking readers into every facet of Jewish camping. An original and essential contribution."

"Rare is the book that is scholarly and entertaining, but The Jews of Summer is just that. Transporting the reader into the rhythms and romances of summer camp, Sandra Fox offers a deeply compelling lens into the profound and often generative ambivalences of postwar American Jewish life."