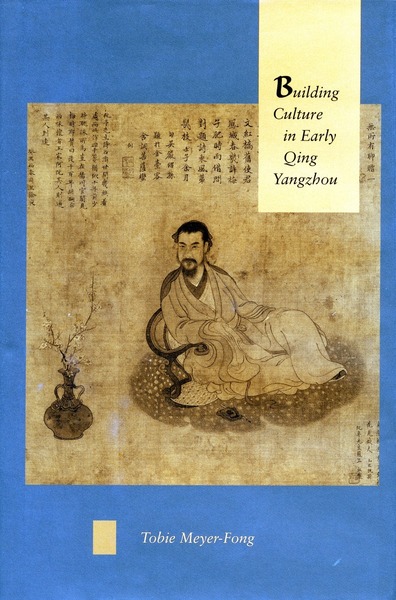 This book explores cultural change in a Chinese city following the Manchu conquest of 1644. The city of Yangzhou, at the intersection of the Grand Canal and the Yangzi river, is best known as the site of human and physical devastation during the conquest and as a vibrant commercial center during the eighteenth century.

The book focuses on the period between the conquest and the city’s commercial florescence—a moment in which Yangzhou was a center of literary culture that was consciously conceived as transregional and transdynastic.

The book shows how Yangzhou’s elite used physical sites as markers in the reconstruction of the city, and as vehicles consolidating power and prestige. Gradually, however, the gestures and sites of the postconquest elite were appropriated by the city’s increasingly powerful salt merchants and incorporated into a court-oriented culture centered at Beijing.

"Tobie Meyer-Fong's book provides deep insight into the cultural history of Yangzhou during the second half of the seventeenth century, a period less documented and studied than the century of wealth that followed."