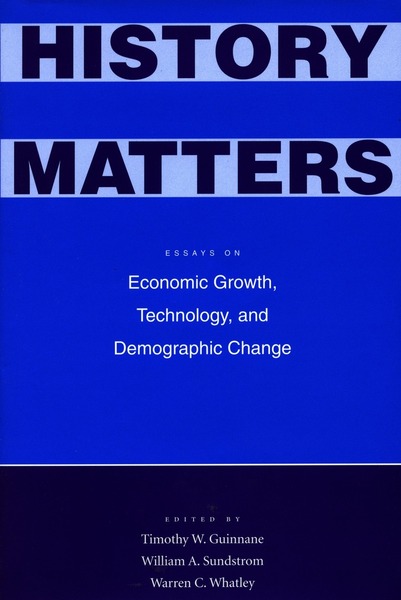 Combining theoretical work with careful historical description and analysis of new data sources, History Matters makes a strong case for a more historical approach to economics, both by argument and by example. Seventeen original essays, written by distinguished economists and economic historians, use economic theory and historical cases to explore how and why "history matters."

The chapters, which range in subject matter from the economic theory of irreversible investment to the nineteenth-century decline in U.S. rural fertility to the English poor law reform, are unified by three themes. The first explores the significance, causes, and consequences of path dependence in the evolution of technology and institutions. The second relates to the ways in which economic and political behavior are profoundly shaped and constrained by the cultural and political context inherited from history at a particular point in time. The final theme demonstrates the importance of integrating economic theory into historical research in the gathering and interpretation of data.

“...a book which should be read by every economic historian with an interest in long-run institutional change and economic growth.”—EH.Net