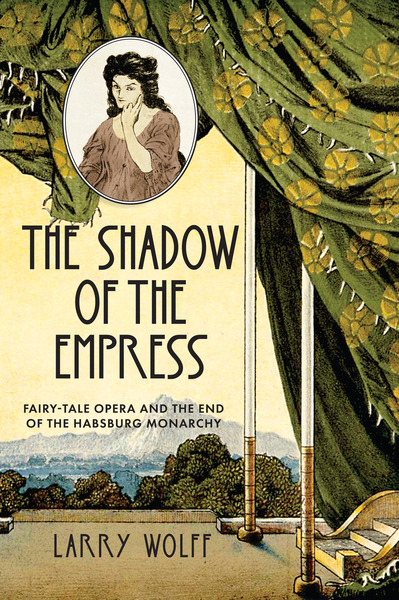 In 1919 the last Habsburg rulers, Emperor Karl and Empress Zita, left Austria, going into exile. That same year, the fairy-tale opera Die Frau ohne Schatten (The Woman Without a Shadow), featuring a mythological emperor and empress, premiered at the Vienna Opera. Viennese poet Hugo von Hofmannsthal and German composer Richard Strauss created Die Frau ohne Schatten through the bitter years of World War I, imagining it would triumphantly appear after the victory of the German and Habsburg empires. Instead, the premiere came in the aftermath of catastrophic defeat.

The Shadow of the Empress: Fairy-Tale Opera and the End of the Habsburg Monarchy explores how the changing circumstances of politics and society transformed their opera and its cultural meanings before, during, and after the First World War.

Strauss and Hofmannsthal turned emperors and empresses into fantastic fairy-tale characters; meanwhile, following the collapse of the Habsburg monarchy after the war, their real-life counterparts, removed from political life in Europe, began to be regarded as anachronistic, semi-mythological figures. Reflecting on the seismic cultural shifts that rocked post-imperial Europe, Larry Wolff follows the story of Karl and Zita after the loss of their thrones. Karl died in 1922, but Zita lived through the rise of Nazism, World War II, and the Cold War. By the time of her death in 1989, she had herself become a fairy-tale figure, a totem of imperial nostalgia.

Wolff weaves together the story of the opera's composition and performance; the end of the Habsburg monarchy; and his own family's life in and exile from Central Europe, providing a rich new understanding of Europe's cataclysmic 20th century, and our contemporary relationship to it.

Larry Wolff is Silver Professor in the Department of History at New York University. His books with Stanford University Press include Inventing Eastern Europe, Venice and the Slavs, The Idea of Galicia, The Singing Turk, and Woodrow Wilson and the Reimagining of Eastern Europe.

"Larry Wolff's dual biography of Richard Strauss's and Hugo von Hofmannsthal's fictional empress and the last Habsburg empress Zita is a silver rose of a book—a brilliant account of an imperfect operatic masterpiece, its allegorical investments, and its call for the repopulation and humanization of Europe in the wake of World War I."

"This alluring and original work of history explores the parallel lives of a twentieth century opera, the twilight of the Habsburg Empire, and its last emperor and empress. Politics is woven into the opera's creation and its later life. In this brilliant book, art imitates life, and life art, through mirror images, shadows and the unexpected destinies of historic personages."