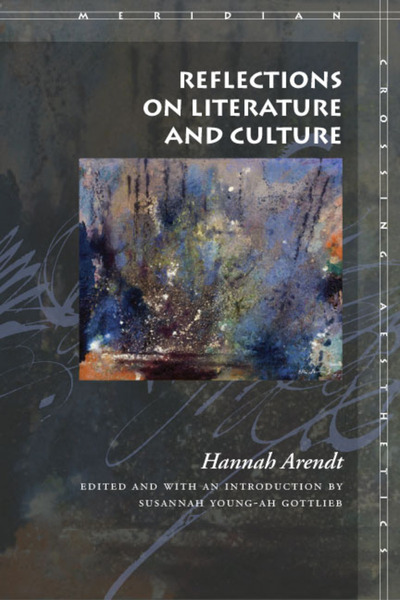 Reflections on Literature and Culture
Hannah Arendt, Edited and with an Introduction by Susannah Young-ah Gottlieb
SERIES: Meridian: Crossing Aesthetics

As one of the foremost public intellectuals of the twentieth century, Hannah Arendt is well known for her writings on political philosophy. Less familiar are her significant contributions to cultural and literary criticism. This edition brings together for the first time Arendt’s reflections on literature and culture. The essays include previously unpublished and untranslated material drawn from half a century of engagement with the works of European and American authors, poets, journalists, and literary critics, including such diverse figures as Proust, Melville, Auden, and Brecht.

Intended for a wide readership, this volume has the potential to change our view of Arendt by introducing her not only as one of the leading political theorists of her generation, but also as a serious, committed, and highly original literary and cultural critic. Gottlieb’s introduction ties the work together, showing how Arendt developed a form of literary and cultural analysis that is entirely her own.

Susannah Young-ah Gottlieb is Associate Professor of English and Comparative Literary Studies at Northwestern University, where she is currently the Associate Chair and Director of Graduate Studies in the Department of English. She is the author of Regions of Sorrow: Anxiety and Messianism in Hannah Arendt and W.H. Auden (Stanford, 2003).

"The late German-Jewish political theorist Arendt returned repeatedly in her work to the effects and proper uses of power and authority. This career-spanning collection of essays will reinforce for any reader that these preoccupations followed her even into literary criticism..."

"Reading this collection of essays, lectures, reviews, and pieces is a wonderful experiences as one follows Hannah Arendt's thinking on specific artists as well as on general themes."

—Consciousness, Literature and the Arts

"The insightful essays in this wonderful compilation all focus on the literary figures and cultural themes that Arendt considered pertinent to 20th-century life... And because the collection spans Arendt's career, the reader is granted access to Arendt's early writings and English translations of German originals."

"Arendt was one of the most important American political thinkers of the 20th century. The 34 selections in this volume, which span 1930-75, offer great insight into her less notable works of cultural and literary criticism...Gottlieb arranges the selections chronologically, letting readers see both the consistency and the change in ideas."

"Reflections on Literature and Culture contains fascinating essays on Kafka, Proust, and Brecht."

"This work provides clear insight into the intellectual and creative character of the 20th century and is recommended for academic libraries." 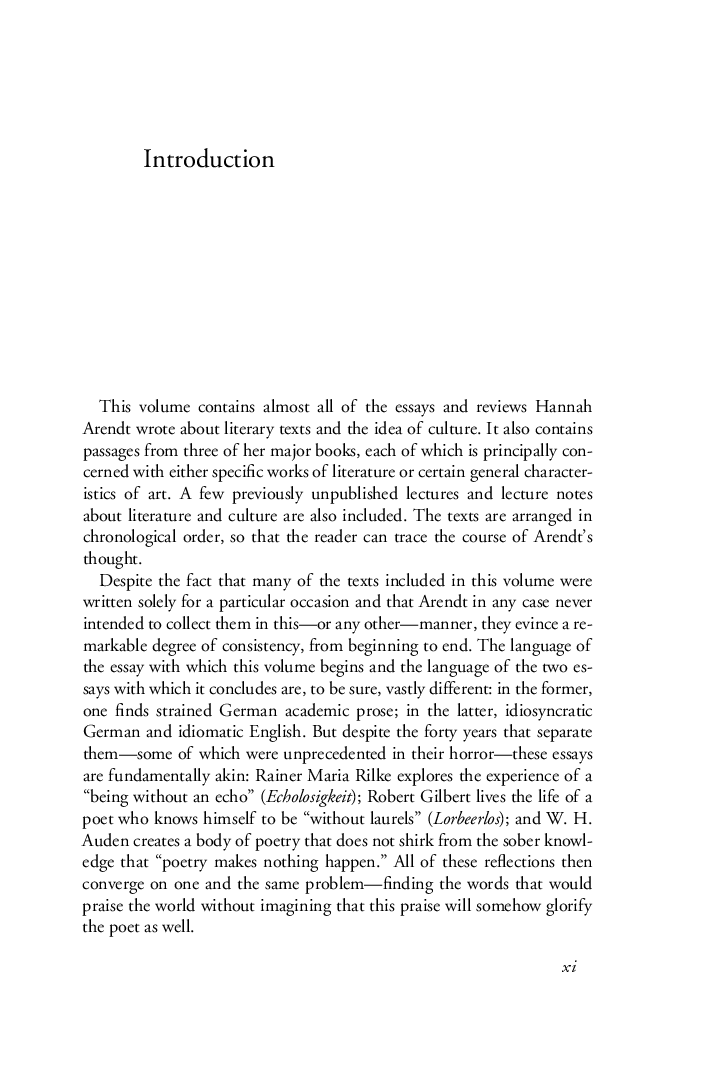 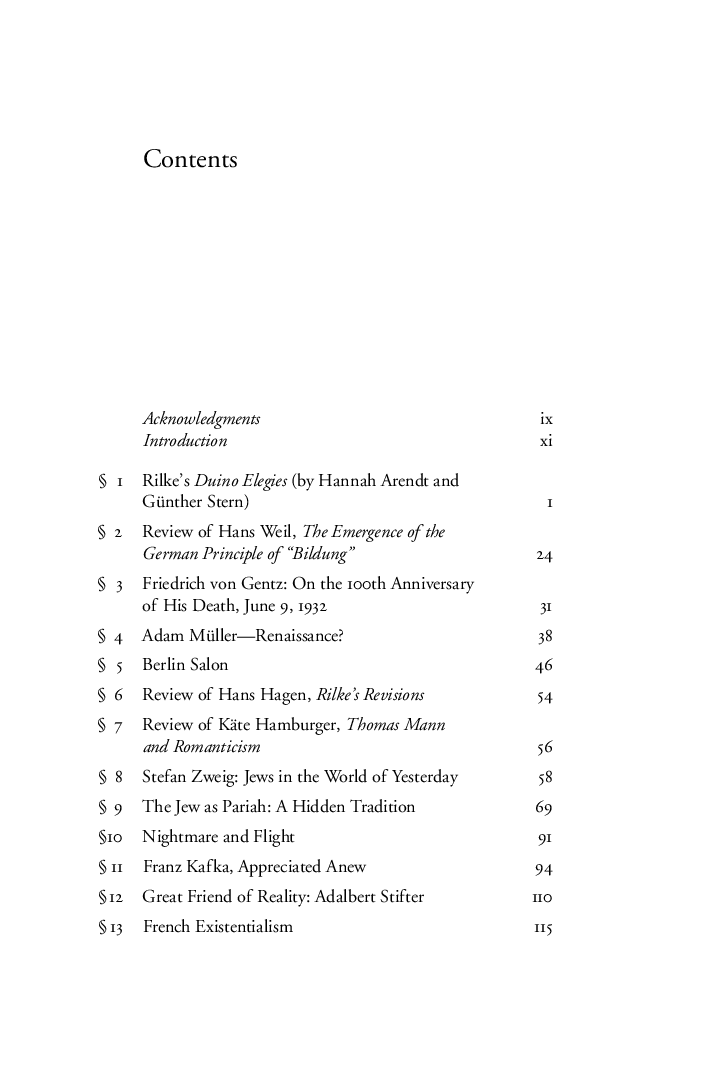