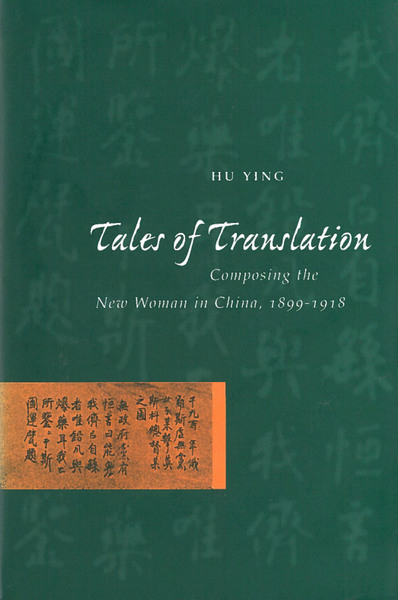 The figure of the New Woman, soon to become a major signpost of Chinese modernity, was in the process of being composed at the turn of the twentieth century. This was a liminal moment in Chinese history, a period of great possibilities and much fluidity. At this time, the term xin nüxin or xin funü (the New Woman) had not yet achieved currency, for she represented an ideal yet to be fully articulated.

The cultural production of this period in China illustrates that the New Woman was constructed vis-à-vis her significant "others," whether domestic or foreign, male or female. To know the New Woman, then, it is necessary to know not just herself but also her others. Instead of offering a model of Western influence or indigenous origin, this study employs a model of translation, in which both the self and the other are subject to multiple transformations. It reads several popular Chinese writers and translators of the period whose abundant fiction (whether original or translated) bristles with difficulties in presuming either fidelity of translation or adequacy of depicting cross-cultural experience in the construction of the New Woman.

The late Qing era witnessed the translating, printing, and reading of a vast amount of Western literature, amounting to what has been called a "translation fever." The author focuses on the fictional and translational representation of a range of Western female icons, including Sophia Perovskaia (the Russian anarchist and would-be assassin of the tsar), the French Revolutionary figure Madame Roland, and Dumas's "la Dame aux camélias." In tracing the circulation and transformation of these popular figures through travel books, biographies, newspaper articles, oral performance scripts, and novels, this book narrates the complex relationship between imagining a foreign other and re-imagining the self. In investigating the very processes of translation, it provides a sustained analysis of the cultural and historical forces that produced the New Woman in China.

Hu Ying is Assistant Professor of Chinese Literature at the University of California, Irvine.

"In the sense that it studies late Qing literary figures who can be seen as the antecedents of others that dominated much of the debate of the May Fourth period and beyond, Hu Ying's work follows in the footsteps of brilliant and path-breaking work done for some years now by scholars. . . . In this sense it constitutes a very important contribution to studies both of modern and contemporary Chinese fiction as well as those of "pre-modern" Chinese literature. . . . Tales of Translation stands as a superbly written and flawlessly researched book that attests to the importance of including the late Qing period as one of the most fertile and significant in the history of Chinese literature."

—Bulletin of the Institute of Chinese Literature and Philosophy

"In addition to appealing to students of modern literature, this work should command the attention of all those interested in inter-cultural exchange, post-colonial studies, conceptions of gender, and modernity in the ninteenth and twentieth centuries."