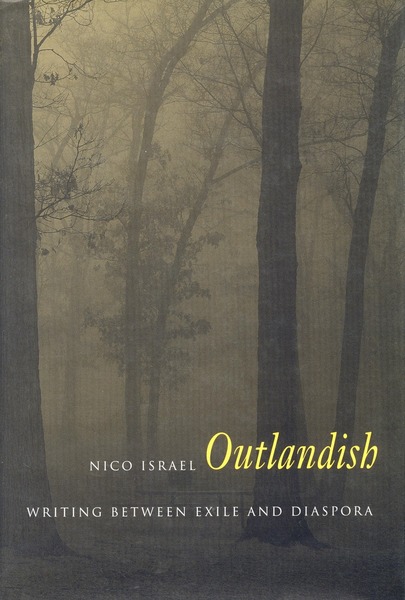 Outlandish addresses geographical displacement as a lived experience in the twentieth century, as a predicament of writing, and as a problem for theory. It focuses on the work of three transnational writers from diverse backgrounds working in different genres: Joseph Conrad, the Ukrainian-born Polish novelist and storywriter living in Britain at the turn of the century; Theodor W. Adorno, the German-Jewish philosopher and sociologist transplanted to Los Angeles during the Second World War; and Salman Rushdie, the Indian-born British novelist and journalist, recently released from the peculiar conditions of his notorious houseless arrest.

The author argues that Conrad, Adorno, and Rushdie emblematize significant shifts over the course of the century, from a modernist expression of almost universal deracination, to a post-Auschwitz disarticulation of home and subjectivity, to an emergent conceptualization of displacement in terms of migrancy, hybridity, and flow. He theorizes a mode of reading between exile and diaspora—two fundamentally different descriptions of displacement—and allows the "outlandish" writing of these three figures to complicate this seemingly continuous trajectory.

Drawing on texts from literary theory, philosophy, psychoanalysis, anthropology, and geography, the author explores what he calls the "rhetoric of displacement"—the struggle to assert identity out of place. He reads this writing predicament against the backdrop of the century's salient economic and technological changes, political upheavals, and mass migrations. In doing so, he draws attention to those aspects of exile and diaspora that have remained insufficiently considered: their relation to nationalism and colonialism, to authority and institutionality, and, above all, to broader questions of subjectivity, "race," location, and language, as these concepts themselves subtly change over the course of the century.

"[A] stylish and rewarding book."