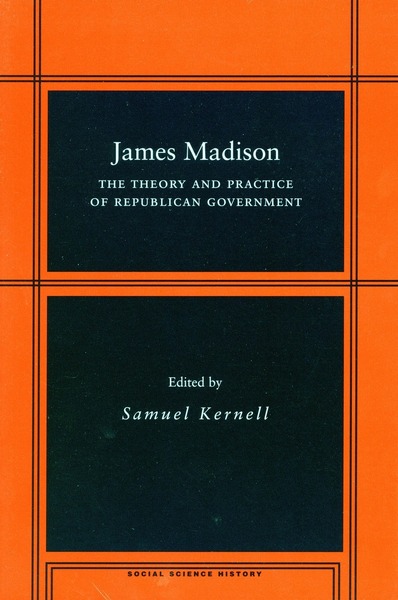 In recent years, the study of James Madison and his contributions to early American politics has enjoyed a growing audience among scholars and students of modern American politics. Not only did Madison establish the fundamental American concept of pluralism, his appreciation of the logic of institutional design as a key to successful democratic reform still influences modern theory and research.

This book evaluates the legacy of James Madison as the product of a scholarly politician—a politician who thought carefully about institutions in the context of action. It brings together thoughtful responses to Madison and his theory from a broad cross-section of modern political science, and views Madison not as an icon or mouthpiece of an era, but as a “modern” political scientist who was able to implement many of his theoretical ideas in a practical forum.

Samuel Kernell is Professor of Political Science at the University of California, San Diego.

"Of all the Framers, James Madison arguably was closest to being a political scientist in the contemporary sense of the term. In preparing for the Philadelphia Convention, for instance, he made a thorough comparative study of ancient and modern confederacies. . . . These essays make a valuable and varied contribution to our understanding of Madison's political science and will elicit productive agreements and disagreements."

"James Madison was America's first political scientist, and is arguably still its greatest. In these essays, Madison's latter-day heirs subject his close reasoning on the major problems of federalism and republicanism to some close scrutiny of their own. The result is a volume that illuminates both the sources of Madison's continuing influence on our ideas of the Founding era and the ways in which contemporary political science differs from his. One comes away from these papers impressed not only by how deeply the contributors have thought about Madison, but also by his capacity to inspire and demand continued critical thinking about the American constitutional system."

"While James Madison has always received considerable scholarly attention, this book is unique in its sustained treatment of Madison in terms of concepts and theories arising from political science. Every chapter makes new and interesting arguments about James Madison's contributions to the 'theory and practice of Republican government.'" 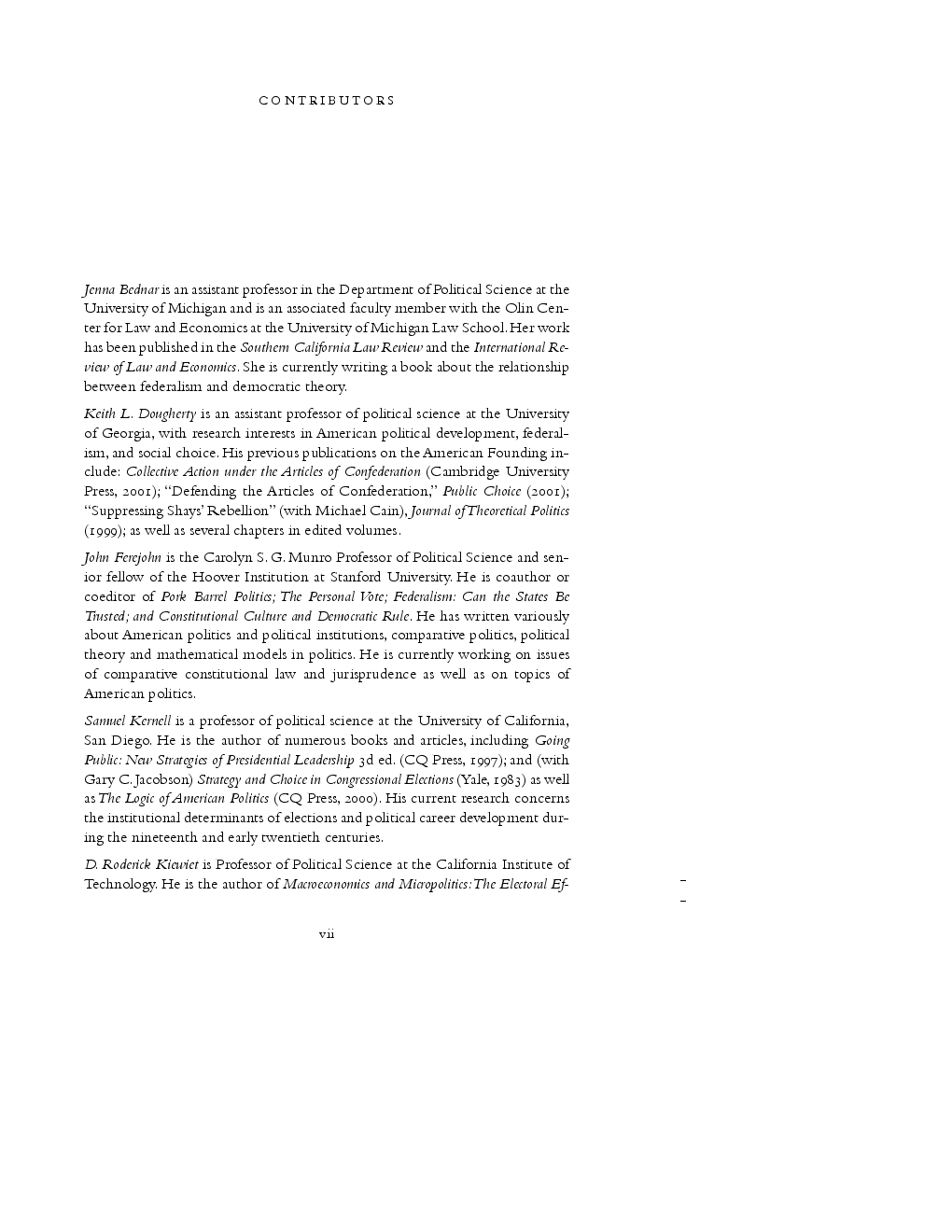 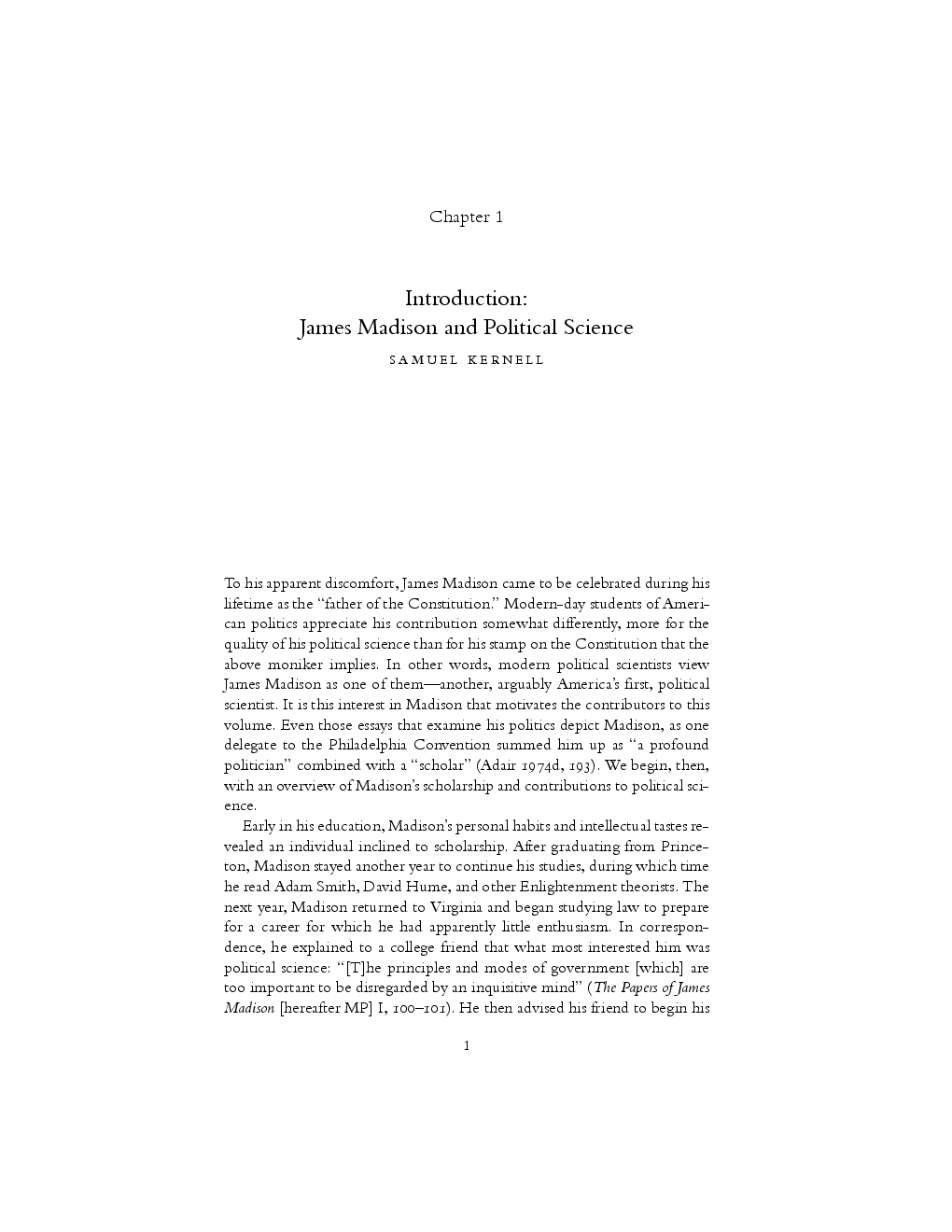 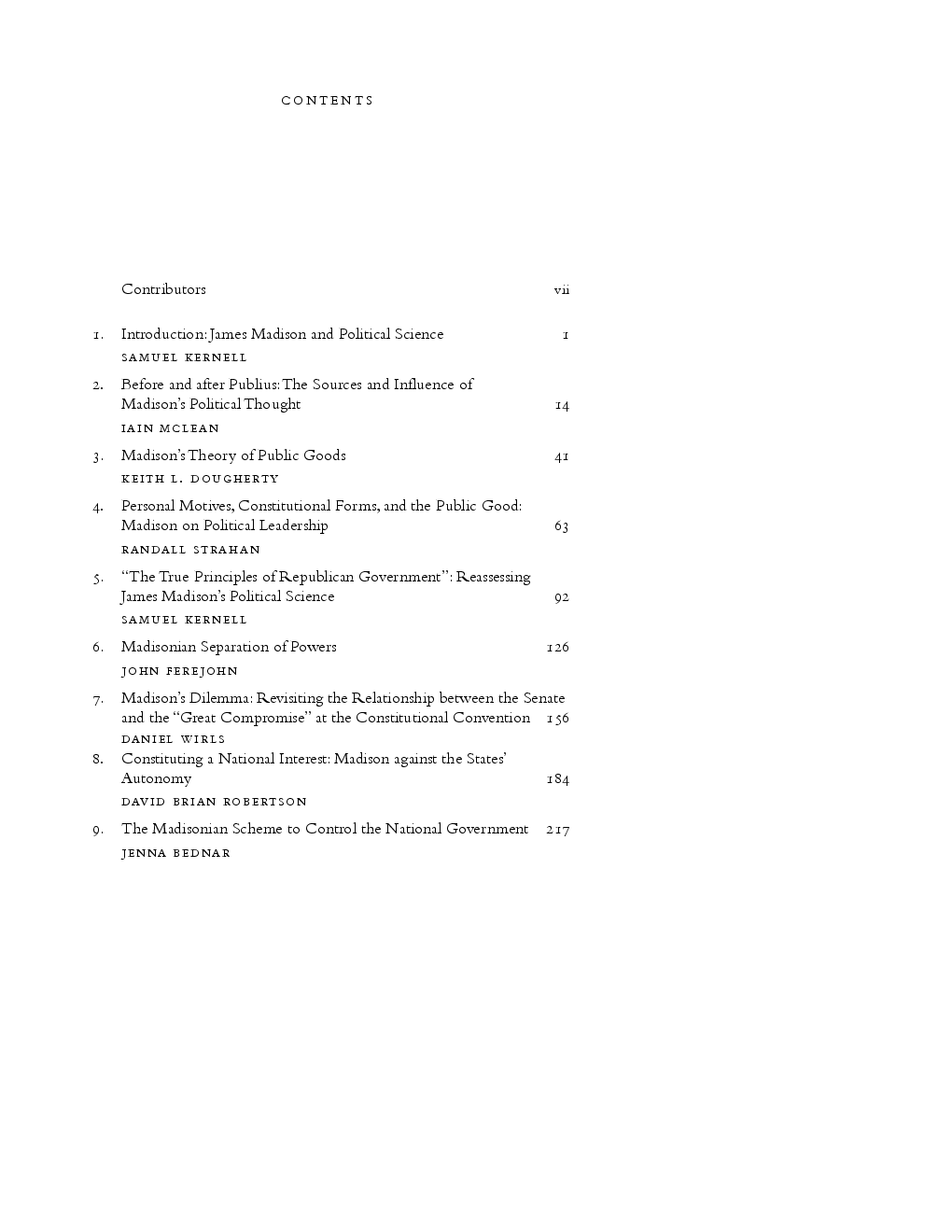