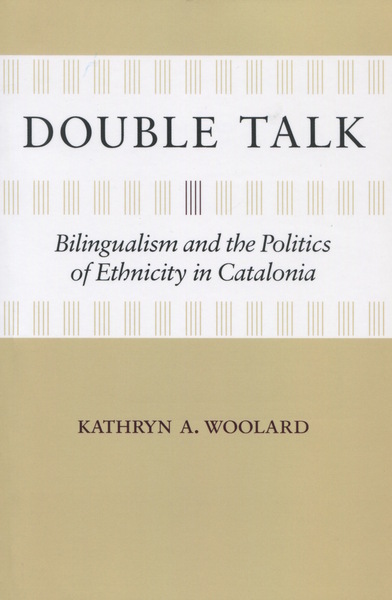 Double Talk
Bilingualism and the Politics of Ethnicity in Catalonia
Kathryn A. Woolard

A significant movement for Catalan independence has been building since 2010 and in 2015 is bringing Catalonia to a political showdown with the Spanish state. The Catalan language has long been cast as a key sign of identity and a rallying point for Catalan nationalism. This classic anthropological study, originally published in 1989 and now available for the first time in paperback, provides essential background for understanding Catalan national identity and its relationship to the distinctive Catalan language. Author Kathryn A. Woolard analyzes language and identity politics at a significant turning point in the modern history of Catalonia: 1979-80, when political autonomy was re-established after the end of the Franco dictatorship. This book examines the formal language politics of parties and policymaking as well as the interpersonal politics of individuals negotiating their social identities through choices between the Catalan and Spanish languages. This dual approach uncovers the relationship between the public and personal meanings of the languages that continue to resonate with Catalan national aspirations in the current political movement. Double Talk confronts enduring questions about bilingual life that arise not only in Spain, but also in settings worldwide.