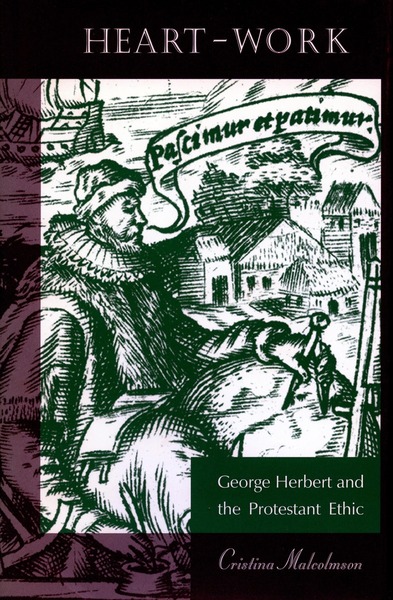 This book places George Herbert's writing and biography within the history of social and economic change in seventeenth-century England. Drawing on the works of Max Weber, Raymond Williams, and the Protestant preachers of the period, the author argues that the doctrine of vocation is the shaping principle of The Temple and the prose manual The Country Parson, which coordinate inward devotion with outward social role like the soul with the body. This form of early modern subjectivity is shown to be significantly at odds with the system of status and yet developed in order to preserve traditional models of community.

The book demonstrates that Herbert's family shared his Protestant vision of "the common good," which included innovations in agriculture and mining, colonization of the Americas, and a worldwide trade nexus. William Herbert, patron of Shakespeare and head of the Protestant faction at court and in Parliament, was also George Herbert's patron, and George's involvement with this faction is offered as the explanation for his lack of patronage from an increasingly Anglo-Catholic court. His position as a country parson required the renunciation of ambition and a new ideal of the "character" of holiness but in no way decreased his dedication to the Protestant linking of religion and enterprise.

The author explores the poetic coterie out of which Herbert's lyrics were generated, the remarkable revisions that erased an earlier version of The Temple authorizing social mobility, and the role of class in the poetic collection as well as in modern critical accounts. Herbert's use of the pastoral is considered in relation to his family's practice of gardening, which redefined economic innovation as moral reformation. The author argues that Herbert's works and those of his family make visible the influence of and the resistance to the new capitalist economic system emerging in the early modern period.

Cristina Malcolmson is Associate Professor of English at Bates College.

"Malcolmson has produced what is without question a major new view of Herbert's career and his poems that will stand as one of the finest treatments of one of our greatest poets.... Poems one has read, taught, and written about for years suddenly take on fresh and richer meanings. This is New Historicist criticism at its finest."

Heart-Work reads well; it is generally well-researched and written. It clearly identifies its critical task and presents fascinating historical information."