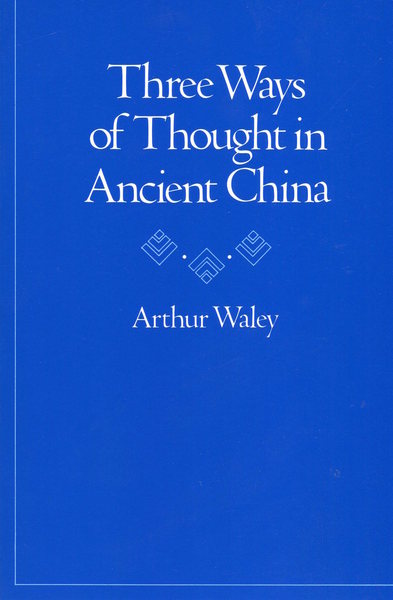 In the fourth century BC three conflicting points of view in Chinese philosophy received classic expression: the Taoist, the Confucianist, and the "Realist." This book underscores the interplay between these three philosophies, drawing on extracts from Chuang Tzu, Mencius, and Han Fei Tzu.

"Whether he is 'journeying with Chuang Tzu in the realm of Nothing Whatever,' analyzing the Confucian ideal type of Government by Goodness (as advocated by Mencius), or discussing the practical advice to rulers given by Han Fei Tzu and other realists, Mr. Waley contrives, as is his wont, to extract savory and satisfying fare from the frequently dry bones of ancient Chinese philosophy. . . . The book is enhanced by the polished and lucid style of Mr. Waley's translations."

"Chuang Tzu, Mencius, and the Realists, three conflicting points of view from the 4th century B.C., are discussed in this well-presented work."

"The book is full of memorable phrases and amusing aphorisms. It reveals a world at once close to us and very far away."

"The book has substantial scholarly basis and contains much fresh translation. It is presented in so readable a style that one unfamiliar with both philosophy and things Chinese can enjoy and profit by it for the light it casts on contemporary thought and world affairs."