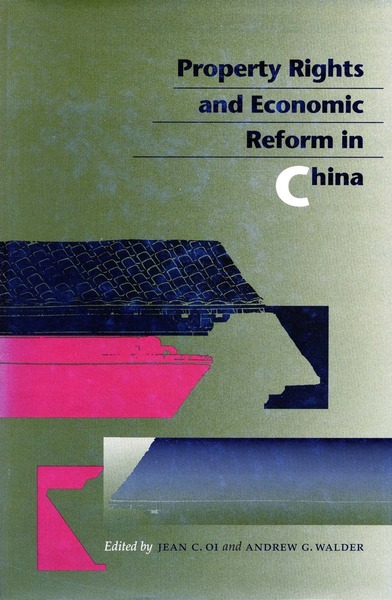 China’s rapid economic growth during the past two decades has occurred without the systematic privatization programs once urged upon the former Communist regimes of Europe and the USSR. Some observers have argued that this shows that changes in property rights are not important in reforming a command economy; others insist that in China a façade of public ownership hides a variety of ownership forms that are essentially private in nature. This volume seeks to adjudicate these opposing views by clarifying conceptually and factually the pattern of property rights changes in the contemporary Chinese economy.

The contributors to this volume, from the fields of anthropology, economics, political science, and sociology, have all conducted fieldwork in China on specific economic sectors or enterprise types. Working with a common definitional framework derived from the work of the institutional economist Harold Demsetz, they seek to establish which actors exercise what kinds of rights in practice over what kinds of economic assets, documenting changes through time. Most of the essays examine the rural industrial economy—the fastest-growing sector—or the “spin-off” economic enterprises and activities of public enterprises and institutions.

The research presented in this volume supports several specific conclusions. First, industrializing rural regions have emerged with diametrically opposed property rights regimes: in one kind of region public ownership only marginally different in form from that of the Mao years has predominated; in other regions wholly new forms of private household and foreign-funded enterprise have arisen. Second, the regimes of all the examined regions and sectors have evolved continually since the outset of reform, and in recent years change has accelerated because of the increased pressures of competitive markets. Third, in the evolution of property rights the distinction between public and private is not crucial in differentiating the key arrangements; instead, a more finely differentiated set of gradations from “public” to “private” prove central to the story of the Chinese economy.

“...this is a rich, worm’s eye account of how property rights emerge from the ground up and of how suboptimal solutions are more efficient than many accounts would allow.”—American Journal of Sociology