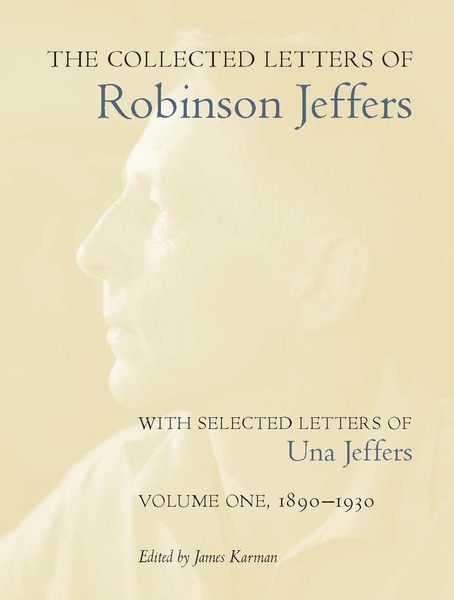 This book is the first volume in what will be a three-volume, fully annotated edition that collects all of Robinson Jeffers' letters and the most important of Una Jeffers' letters. Volume One, comprised of letters written between 1890 and 1930, also contains a substantial introduction to Jeffers' life and work. Readers of Volume One will acquire a completely new understanding of Jeffers' formative years. Topics of special interest include the evolution of Robinson and Una's relationship (which involved the breakup of her first marriage), their move to Carmel, the building of Tor House and Hawk Tower, Jeffers' maturation as a poet, the couple's widening circle of friends, and their first trip together to the British Isles.

James Karman, an independent scholar, is the author of Robinson Jeffers: Poet of California (1987) and the editor of Critical Essays on Robinson Jeffers (1990). He served as Professor in the Departments of English and Religious Studies and Coordinator of the Humanities Program at California State University, Chico.

"Edited by James Karman, [The Collected Letters of Robinson Jeffers] is, like the Collected Poetry, a model of scholarly excellence. It seems fair to say that with the completion of the Letters project as well as further ancillary material in the Stanford pipeline, Jeffers will boast the finest editions of his work of any modern American poet . . . Stanford's commitment to [Jeffers] is fully deserved, and this handsome volume of letters will be essential to any further study of his work and career."

"The entire undertaking—meticulously transcribed, annotated, and indexed by the editor, James Karman, and handsomely printed—is one of the major archival projects under way in American poetry . . . [T]he Collected Letters has the potential to help us revise not only how we think of [Jeffers] but also how we think about the arc of an entire century of American poetry . . . To read the passionate words in this book, inscribed by living hands now dust, is to live more intensely . . . There is enough material that provokes such contemplation in Jeffers's and Una's Letters to keep readers, critics, poets, and scholars busy for years."

"The success of Karman's efforts in collecting and editing is evidenced by the insight, heretofore not possible, that the volume provides into the lives of Jeffers and Una, especially in the early years of their relationship . . . Karman's transcription of these documents, as presented in this volume, provides remarkable clarity in content and style."

"Karman has executed his work in accordance with the highest standards of modern editing. The result is a landmark contribution, one that lays the groundwork for sound and just future assessments of Jeffers' life and poetic achievement . . . Highly recommended."

"Robinson Jeffers remains the least understood of the major American poets from the first half of the 20th century. This meticulous edition of his letters, many previously unpublished, profoundly complicates our understanding of Jeffers the person, offers powerful insights into his poetry, provides an important context for understanding the literary culture of California in the 1920s and 1930s, and reminds us that Modernism was an aspect of modern poetry and not the whole of it. These letters are crucial to anyone working seriously on Jeffers and his poetry and will deeply reward any reader interested in his work and life." 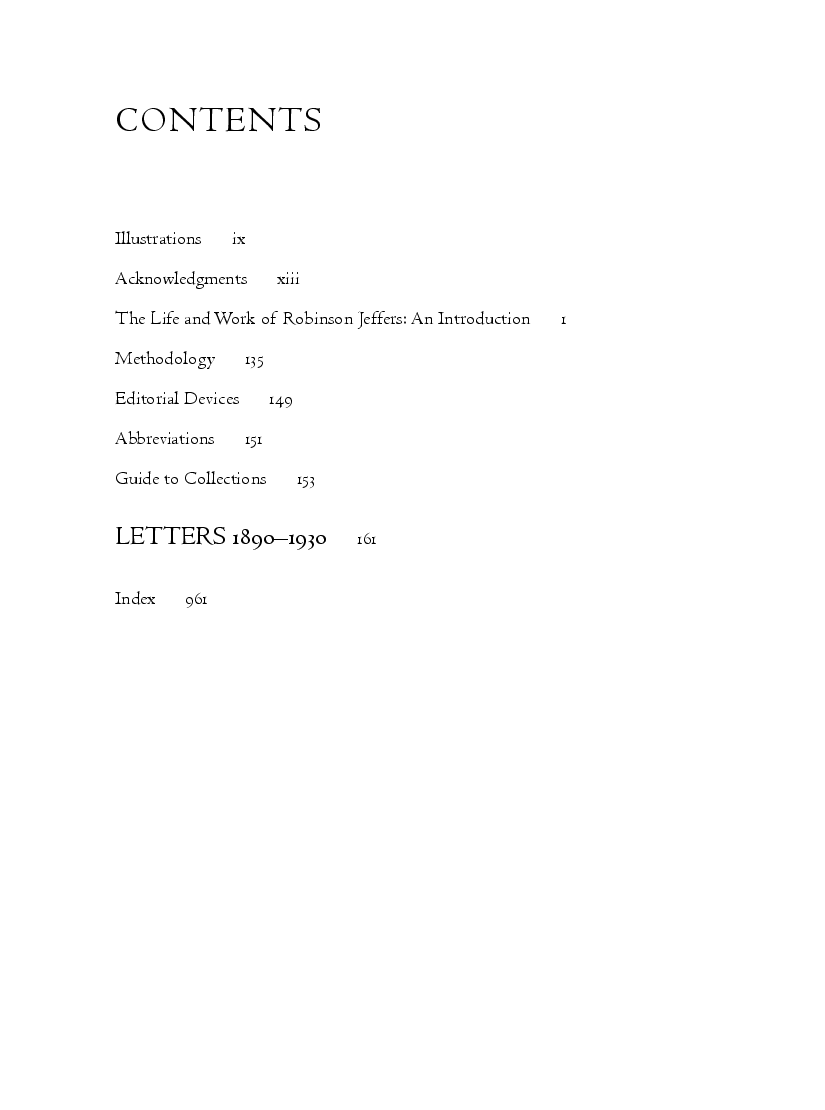