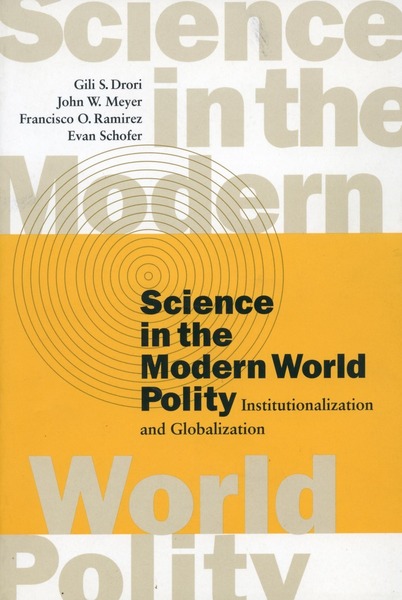 Honorable Mention in the 2004 Barrington Moore Award, sponsored by the American Sociological Association, Section on Comparative and Historical Sociology.

This book presents empirical studies of the rise, expansion, and influence of scientific discourse and organization throughout the world, over the past century. Using quantitative cross-national data, it shows the impact of this scientized world polity on national societies. It examines how this world scientific system and national reflections of it have influenced a wide variety of institutional spheres—the economy, political systems, human rights, environmentalism, and organizational reforms.

The authors argue that the triumph of science across social domains and around the world is due to its institutionalized cultural authority rather than to its instrumental utility for societies or for their dominant elites. Thus, following the Stanford approach to institutional theory in sociology, the book emphasizes the symbolic or religious role science plays in the modern world.