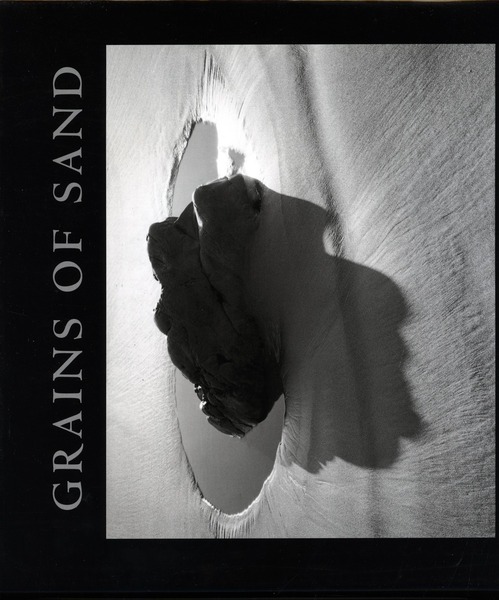 This book brings together 57 of the best black-and-white photographs of Marion Patterson, who describes her work as “photographs of the intimate landscape, simple and contemplative like a zen garden.” The images focus on the natural surroundings of the central California coast and Sierra—rocks, waterfalls, creeks, trees, seashells, sand, driftwood, and kelp washed ashore by the tides—as well as images from the Southwest and the deserts of California. The book provides a quiet meditation on the beauty of our natural environment in a manner that reflects the author’s lifelong ties to the West Coast school of photography, deeply influenced by Edward Weston and Ansel Adams.

Although Patterson’s work is in some sense a virtual homage to those two giant figures, what sets it distinctly apart is her ability to use some of their stylistic and technical methods to express her own individual and deeply felt responses to the natural landscape. Where so many have understood the West Coast school as a graphic or technical exercise, Patterson has grasped the expressive language that originated in photographic modernism and has used that language to the most sincere and guileless ends.

Patterson has also contributed a short introductory essay on her photographic inspiration and techniques, and endnotes that comment on a number of the plates.

Marion Patterson worked extensively with Ansel Adams, and has taught photography at several California colleges. She continues to teach through the University of California Extension Program in Santa Cruz. She has had major solo exhibits of her work in the United States, Germany, The Netherlands, and Mexico.

“When I look at a picture of Marion’s, I react to the openness, the sense that the subject isn’t clearly set in boundaries that exclude it from what lies around it. With continued viewing of the images, a deeper awareness emerges beyond the frame. Marion’s photographs are all about nature reaching out of the frame.”—from the Foreword by Charis Wilson