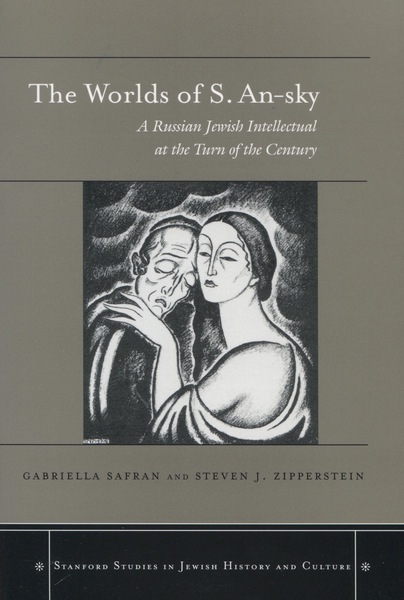 The Worlds of S. An-sky
A Russian Jewish Intellectual at the Turn of the Century
Edited by Gabriella Safran and Steven J. Zipperstein
SERIES: Stanford Studies in Jewish History and Culture

Winner of the 2008 Fenia and Yaakov Leviant Memorial Prize, sponsored by the Modern Language Association.

Shloyme-Zanvl Rappoport, known as An-sky (1863-1920), the author of the best known play in the Hebrew and Yiddish languages, “The Dybbuk,” was a figure of immense versatility and also ambiguity in Russian and Jewish intellectual, literary, and political spheres. He was a leading Russian populist; he was the author of the poem adopted as the anthem of the Jewish Socialist Labor Bund; he is credited with being the founder of the field of Jewish ethnography; and he wrote one of the most influential works of Jewish catastrophe literature in modern times, his masterpiece “Hurbn Galitsye,” on the travails of East European Jews in the First World War.

This volume is the most complete examination of An-sky ever produced. It draws together leading historians, ethnographers, literary scholars, and others in a far-ranging, multidisciplinary exploration. It also contains numerous photographs culled from archives in the former Soviet Union, a superb English translation of an early Russian draft—among the very first—of “The Dybbuk,” and a timeline that covers all of An-sky’s peripatetic life. Finally, it includes a compact disk combining material drawn from An-sky’s own 1912-14 field recordings of Jewish songs, together with contemporary renditions, recorded at Stanford, of the Russian and Yiddish music that An-sky wrote, collected, and heard.

Includes a CD of An-sky’s music,, in Russian and Yiddish

Gabriella Safran is Associate Professor of Slavic Languages and Literatures at Stanford University. She is the author of the prize-winning book Rewriting the Jew: Assimilation Narratives in the Russian Empire (Stanford University Press, 2000). Steven J. Zipperstein is the Daniel E. Koshland Professor in Jewish Culture and History and Director of the Taube Center for Jewish Studies at Stanford University. He has published widely on modern Jewish history, and he is at work on a cultural history of East European and Russian Jewry from the eighteenth century to the present.

"This is a splendid collection, outstandingly well produced and deserving of a wide readership within and outside the world of Russian and Russian-Jewish studies."

"Collections of conference papers rarely generate the kind of dramatic tension that we find in this book... Editors Safran and Zipperstein have lifted An-sky from [a] subordinate position and situated him at the center of a sub-field of Slavic-Jewish studies."

"[The] articles in this fascinating edited volume... deal with what could be called An-sky's Jewish world, the world in which as a leading intellectual, playwright, ethnographer, and public activist, he made his greatest impact."

"This text will prove invaluable to scholars, both as a reference guide on An-sky as a historic and literary text on a remarkable man and the period in which he lived. General readers with an interest in Russian or Jewish history, culture, and literature will find that this text is readily accessible and enthralling to read."

"A volume of great value. Readers approaching the book knowing nothing of An-sky will find much to hold their attention and will leave it well informed. Readers well-versed in An-sky's work and familiar with the relevant scholarship will find a great deal to chew on as well. Also, the addition of the translated text of The Dybbuk and the music CD makes the more affordable paperback edition a valuable teaching tool."

"This volume is an extraordinary accomplishment. In addition to providing an invaluable resource on An-sky, it also has ramifications for the study of Rusisan and East-European Jewry and Russian and East-European Jewish culture beyond An-sky and his work. Its own expansive and inclusive vision should provide a model for scholars working in this and related fields." 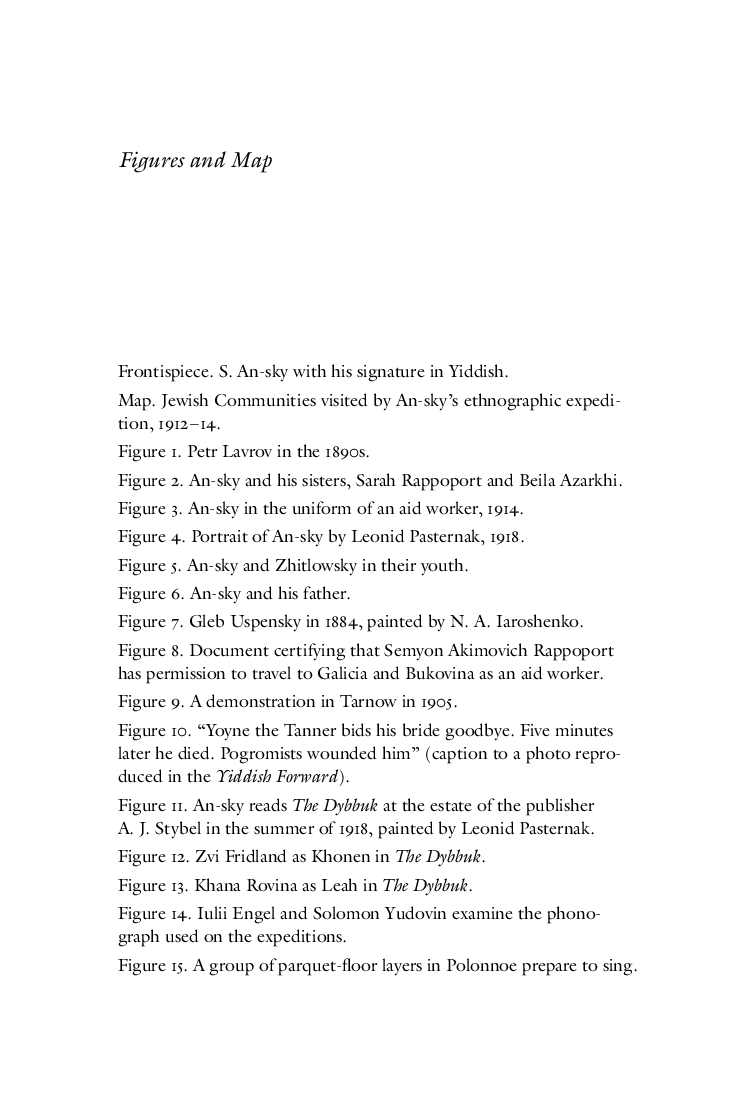 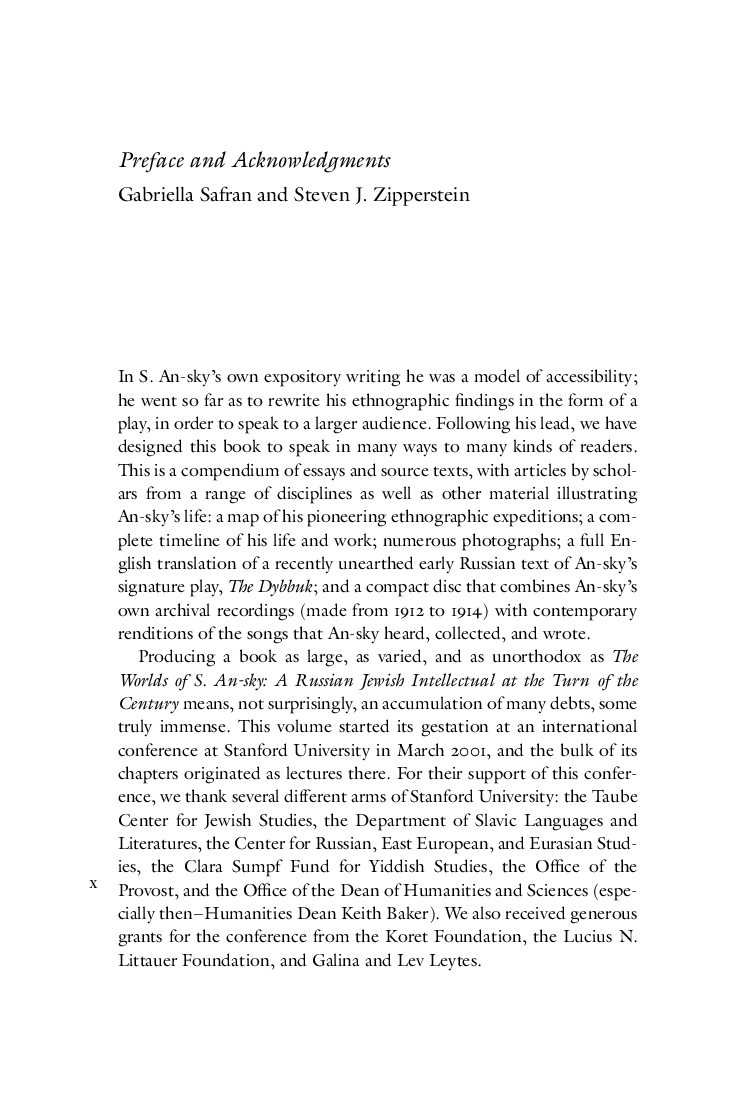 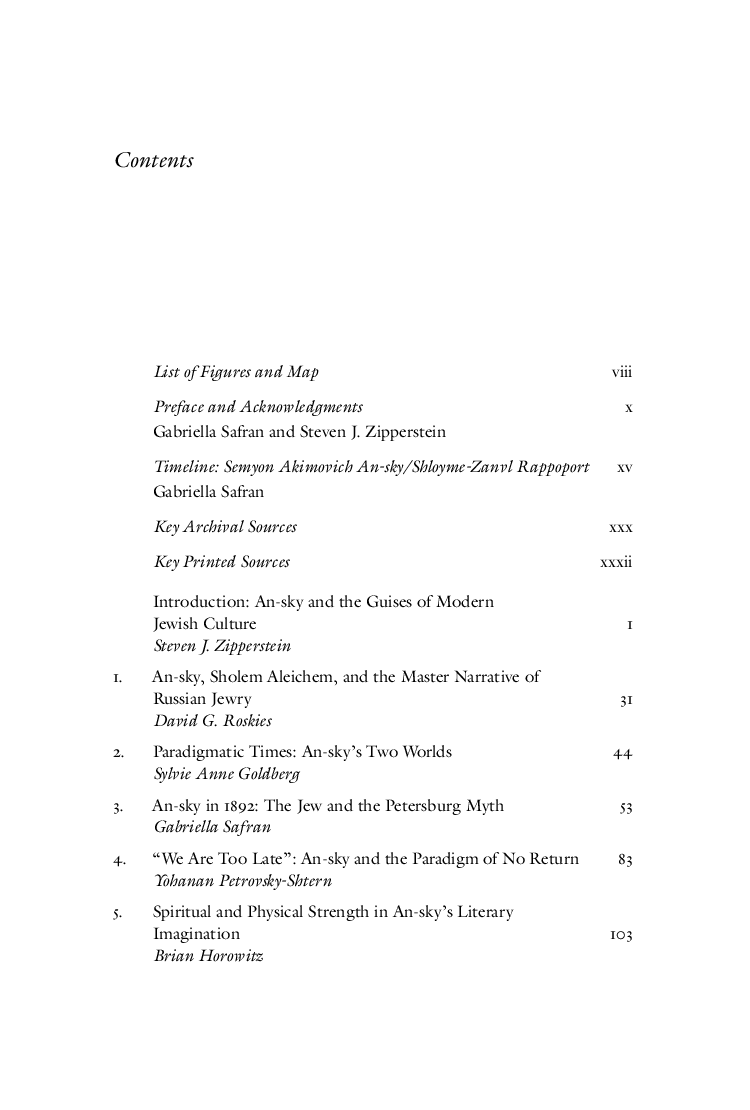