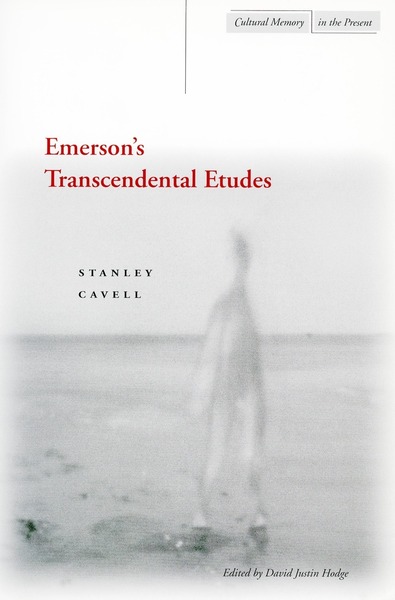 This book is Stanley Cavell’s definitive expression on Emerson. Over the past thirty years, Cavell has demonstrated that he is the most emphatic and provocative philosophical critic of Emerson that America has yet known. The sustained effort of that labor is drawn together here for the first time into a single volume, which also contains two previously unpublished essays and an introduction by Cavell that reflects on this book and the history of its emergence.

Students and scholars working in philosophy, literature, American studies, history, film studies, and political theory can now more easily access Cavell’s luminous and enduring work on Emerson. Such engagement should be further complemented by extensive indices and annotations. If we are still in doubt whether America has expressed itself philosophically, there is perhaps no better space for inquiry than reading Cavell reading Emerson.

Stanley Cavell is Walter M. Cabot Professor of Aesthetics and the General Theory of Value at Harvard University. The Claim of Reason (1979/1999), The World Viewed (1971/1979), and The Senses of Walden (1972/1981) are among his many celebrated works. David Justin Hodge, author of On Emerson (2002), teaches philosophy and rhetoric at Harvard University.

"[A] challenging but endlessly and unpredictably rewarding book." 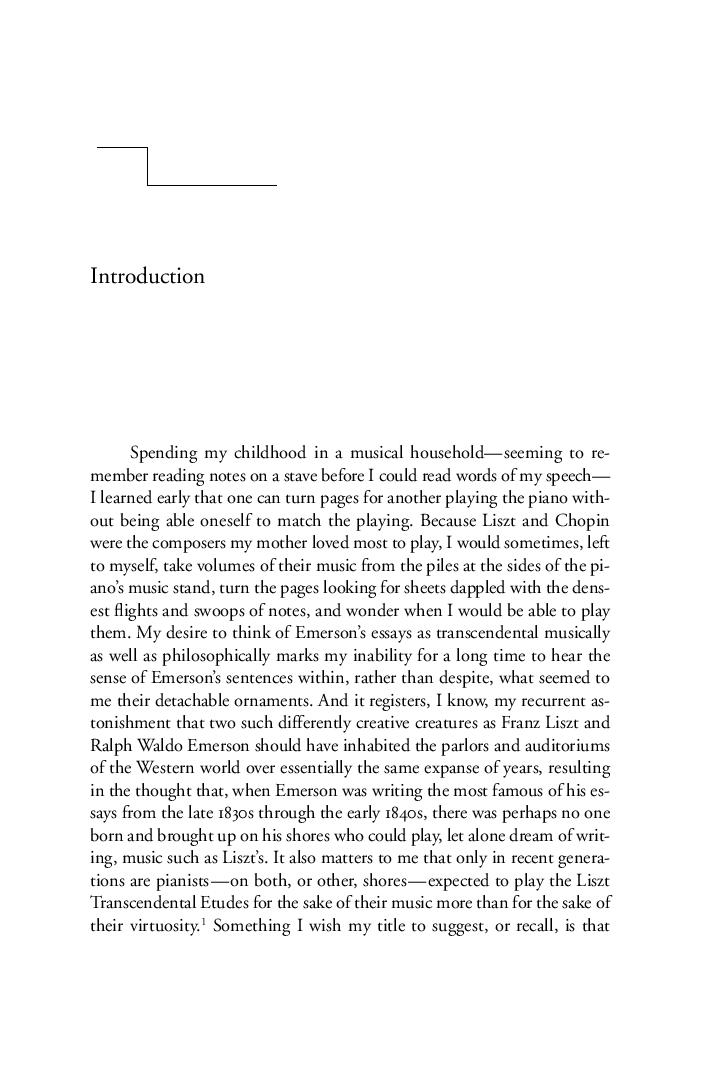 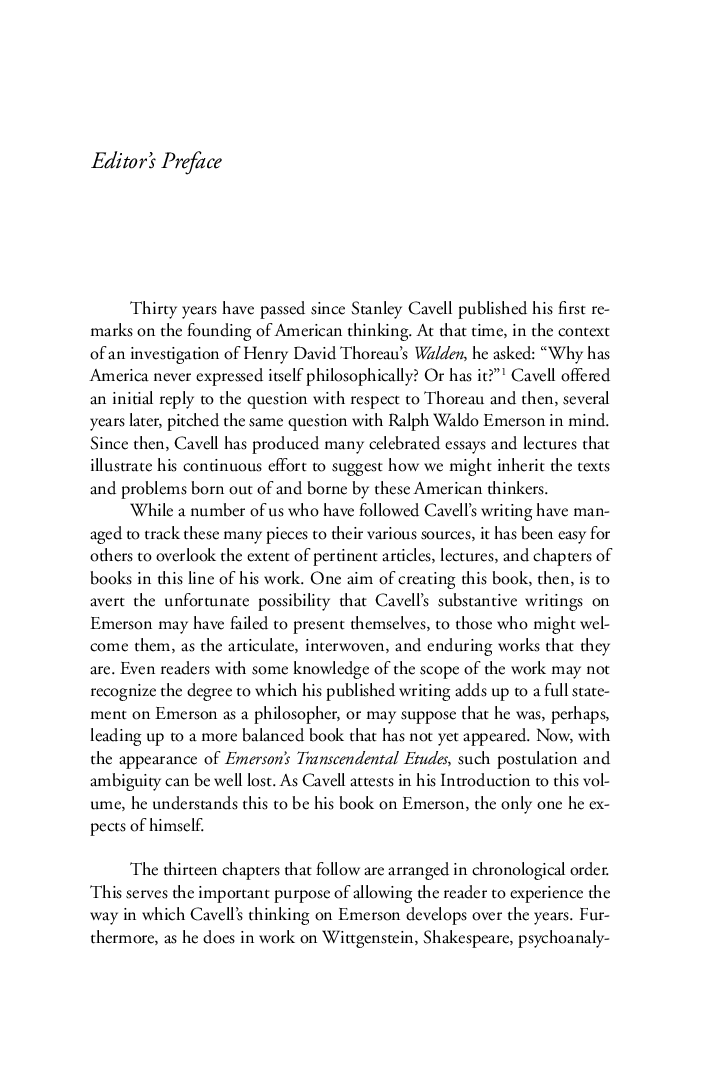 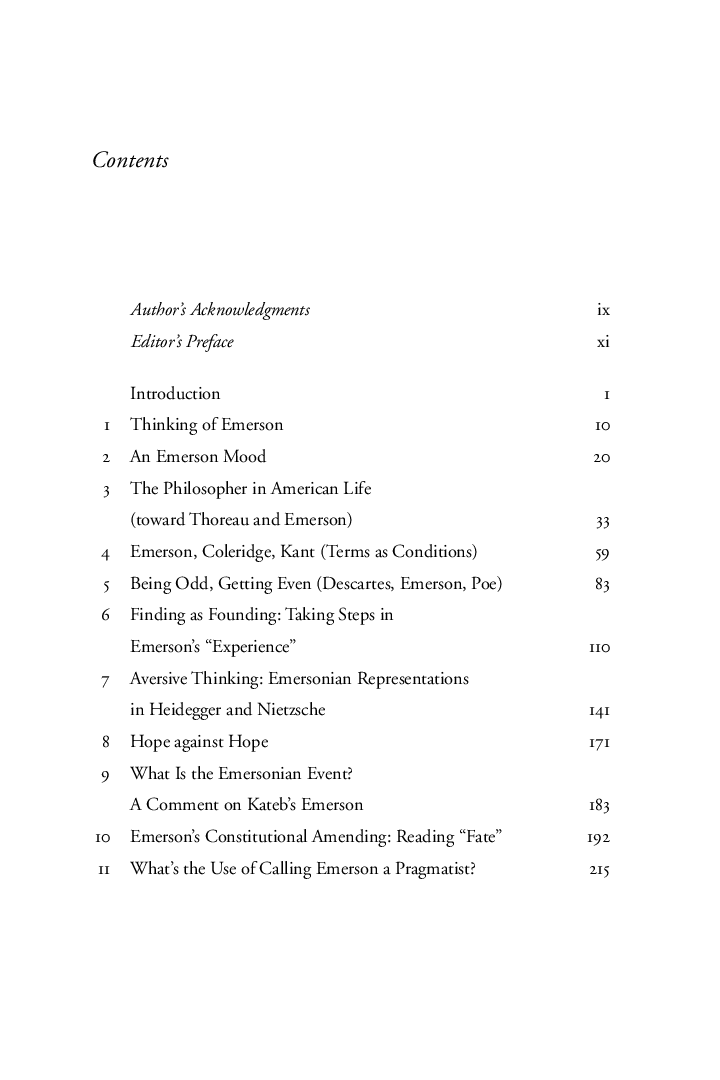