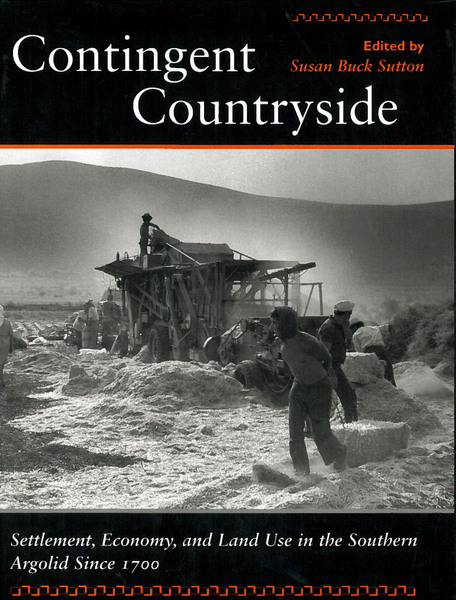 Contingent Countryside
Settlement, Economy, and Land Use in the Southern Argolid Since 1700
Edited by Susan Buck Sutton

The essays in this volume are united by their attention to the many ways in which residents of Greece’s southern Argolid peninsula have attempted to shelter, feed, and advance the economic situation of their families over the last three centuries. This work juxtaposes a series of research projects undertaken in various communities, projects that, taken together, have made the southern Argolid the focus of more ethnographic and ethnohistorical study than any other comparable region of Greece. Ethnographic, geographic, historical, and archaeological methodologies are integrated to yield an image of the southern Argolid as a contingent countryside whose boundaries, character, people, and external connections have been reconfigured time and again.

Such notions strengthen general reformulations occurring within Greek ethnography and speak directly to archaeological attempts to connect the Greek past and present. This volume, the fourth in a series of books deriving from the Argolid Exploration Project conducted by Stanford University, sets forth the material conditions of rural Greek life as mutable and negotiated in ways that complement archaeological interest in the repeated settlement fluctuations of the Greek past. It also exemplifies recent ethnographic shifts in conceiving other aspects of modern Greek life.

The volume replaces assumptions of village longevity with inquiry into what causes settlements to form and grow or to decline. It places idealized inheritance patterns alongside records of actual land transactions. Houses expand, contract, and change over time. The social boundaries among shepherds, farmers, and sailors blur through an exploration of personal occupation histories. In short, the book reexamines and questions many of the categories and concepts by which rural Greece has long been represented.

Susan Buck Sutton is Professor of Anthropology at Indiana University—Purdue University at Indianapolis. She is the author (with Tjeerd H. van Andel) of The Landscape and People of the Franchthi Region.