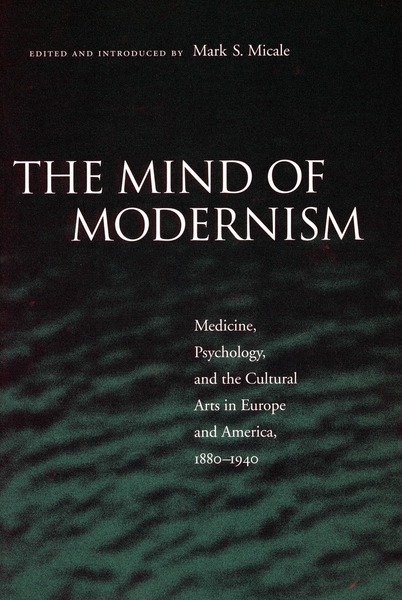 The Mind of Modernism
Medicine, Psychology, and the Cultural Arts in Europe and America, 1880-1940
Edited by Mark S. Micale
SERIES: Cultural Sitings

This vanguard collection of original and in-depth essays explores the intricate interplay of the aesthetic and psychological domains during the late nineteenth and early twentieth centuries and considers the reasons why a common Modernist project took shape when and in the circumstances that it did. These changes occurred precisely when the distinctively modern disciplines of psychology, psychiatry, and psychoanalysis established their “scientific” foundations and achieved the forms in which we largely know them today.

This volume examines the dense web of connections joining the aesthetic and psychological realms in the modern era, charting historically the emergence of the ongoing modern discussion surrounding such issues as identity-formation, sexuality, and the unconscious. The contributors form a distinguished and diversified group of scholars, who write about a wide range of cultural fields, including philosophy, the novel and poetry, drama, dance, film and photography, as well as medicine, psychology, and the occult sciences.

Mark S. Micale is Associate Professor of History at the University of Illinois, Urbana-Champaign. He is co-editor of Enlightenment, Passion, Modernity (Stanford, 2000).