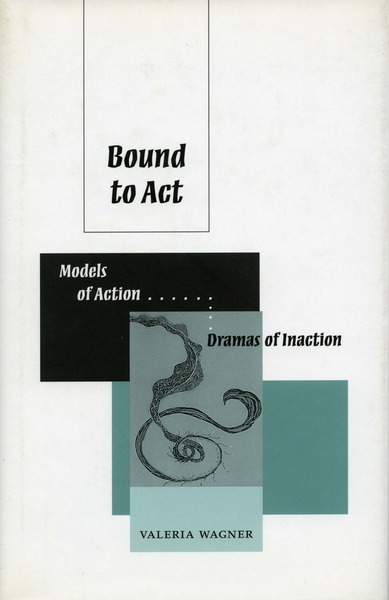 This study of models of action seeks to respond to the loss of faith in political action that seems to predominate in Western societies, to the sense that there is nothing we can do to change the course of events, or that political action is ultimately useless, without effect in a world governed by independent political and economic laws. Its topic is the tension between the theme of the impossibility of acting, a question since Hamlet, and the impression that many events involving human agency do indeed take place. The author deals with both philosophical and dramatic texts in addressing this question.

These texts formulate the impossibility of acting in terms of the difficulty of the passage à l'acte, which each inflects differently. Marlowe's Faustus bargains his soul away to a powerful servant capable of sparing him the necessity of action, but ultimately cannot refrain from acting. Hamlet spends his time wishing for the passage à l'acte to take place, wondering why he does not act. In Locke's Two Treatises of Government, citizens are more than willing to renounce a considerable amount of their power to act in exchange for the political power of their word. Milton's Samson and Shelley's Prometheus find themselves literally bound by their speech acts; whereas Samson wants to be free to act, Prometheus would like to be free from action.

Nietzsche's The Birth of Tragedy denounces and dethrones the Kantian subject, who wills himself abstracted from what he contemplates, and instead dramatizes the human subject as a spectator who is already part of the spectacle. Bakhtin addresses this fallen transcendental subject by explaining that the distance between subject and action is but the displacement (transportation) of the fundamental distinction between "me" and the "other." If Bakhtin returns agency to every life, Beckett and Wittgenstein show that it is still necessary to bring actions back within the realm of the practicable. Finally, in Baudrillard's and Lyotard's texts, the issue becomes irrelevant because the future has been programmed, if not physically accomplished, in cosmic and televisual spheres. By couching this historical narrative of concern about action in terms of models of action, the author hopes to critique positions like those of Baudrillard and Lyotard and help establish renewed modalities for accommodating action into our understanding of literature and of the world.

Valeria Wagner is an independent scholar living in Geneva.