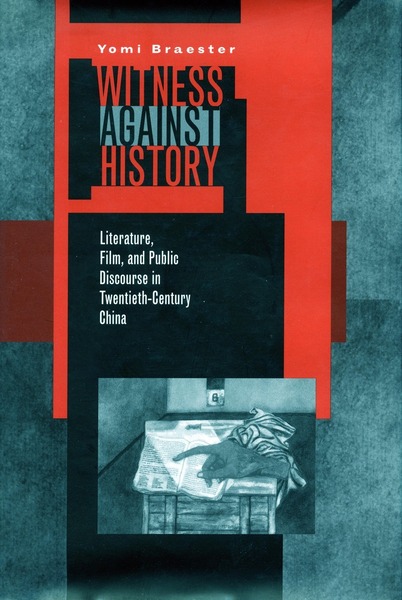 Witness against History offers fresh readings of milestones in twentieth-century Chinese literature and cinema. The book reveals how these texts and films, which seem to proclaim faith in modernity, nevertheless doubt the possibility of changing the course of history. In the aftermath of violent events, the authors question their ability to rescue the nation or even create a space for public debate. The witness against history is ultimately a critique of witnessing itself.

Associate Professor of Comparative Literature and a member of the Cinema Studies Program at the University of Washington.

"I am impressed by the breadth of [Braester's] knowledge, which, thanks to his training in comparative literature, allows him to draw in compatible examples in Western literature to shed light on this sinological study. In delivering his analysis, such as of Lu Xun, he has utilized certain recent works of other scholars, including some in the PRC. His work thus presents a useful synthesis of the most recent trend of development in the field."

"In Witness Against History, [Braester] makes a powerful contribution to the transformation of scholarship on modern Chinese culture."

"[Witness Against History] will greatly benefit scholars and students of modern Chinese literature and cinema concerned with issues of representation, communication, and dissemination in the history-specific public sphere."

Witness Against History succeeds in offering new insights on some canonical texts as well as offering in-depth reading of previously unexplored material. The author shows confidence in both literary and film analysis and his captivating style creates a cohesive and well-supported argument."