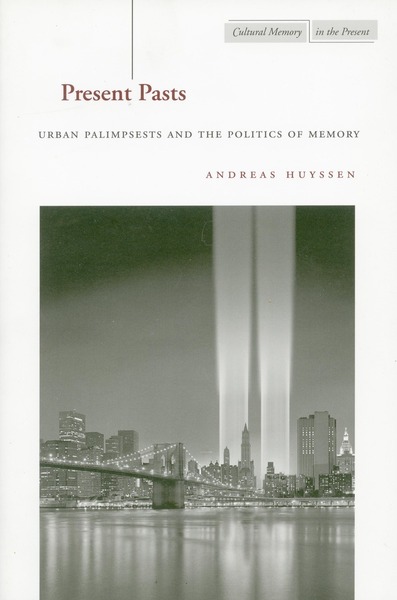 Memory of historical trauma has a unique power to generate works of art. This book analyzes the relation of public memory to history, forgetting, and selective memory in Berlin, Buenos Aires, and New York—three late-twentieth-century cities that have confronted major social or political traumas. Berlin experienced the fall of the Berlin Wall and the city’s reemergence as the German capital; Buenos Aires lived through the dictatorships of the 1970s and 1980s and their legacy of state terror and disappearances; and New York City faces a set of public memory issues concerning the symbolic value of Times Square as threatened public space and the daunting task of commemorating and rebuilding after the attack on the World Trade Center.

Focusing on the issue of monumentalization in divergent artistic and media practices, the book demonstrates that the transformation of spatial and temporal experience by memory politics is a major cultural effect of globalization.

Andreas Huyssen is Villard Professor of German and Comparative Literature at Columbia University. His most recent book is Twilight Memories: Marking Time in a Culture of Amnesia.