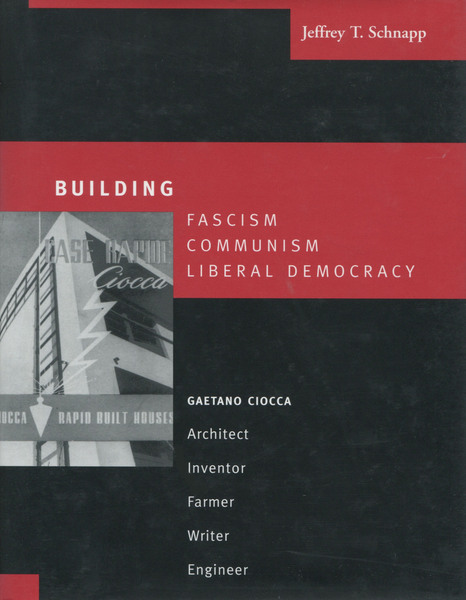 This book tells the tale of the prolific Italian architect, inventor, farmer, writer, and engineer Gaetano Ciocca, whose career took him from the battlefronts of World War I to Stalin’s Russia, Mussolini’s Italy, FDR’s America, and finally to postwar liberal-democratic Italy. Like celebrated counterparts such as Walter Gropius and Le Corbusier, Ciocca was a visionary so confident in his vision of a future in which all aspects of life would be rationalized and modernized that no set of practical or political obstacles could ever stand in his way. Ciocca’s endeavors included the development of “fast houses,” a “theater for 20,000 spectators,” the “guided roadway,” and the rationalist pig farms referred to by Carlo Belli as “Ciocca’s Grand Hotel for Pigs.”