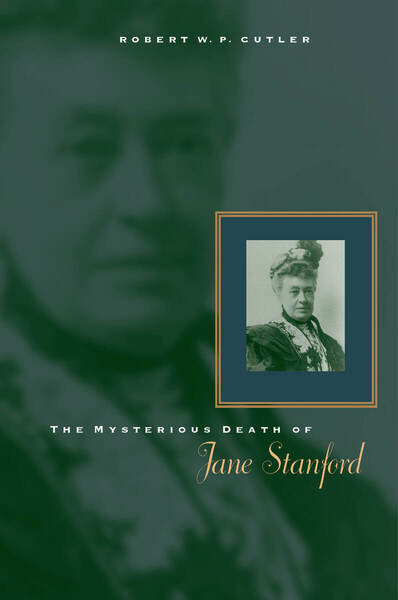 Jane Stanford, the co-founder of Stanford University, died in Honolulu in 1905, shortly after surviving strychnine poisoning in San Francisco. The inquest testimony of the physicians who attended her death in Hawaii led to a coroner’s jury verdict of murder—by strychnine poisoning. Stanford University President David Starr Jordan promptly issued a press release claiming that Mrs. Stanford had died of heart disease, a claim that he supported by challenging the skills and judgment of the Honolulu physicians and toxicologist. Jordan’s diagnosis was largely accepted and promulgated in many subsequent historical accounts.

In this book, the author reviews the medical reports in detail to refute Dr. Jordan’s claim and to show that Mrs. Stanford indeed died of strychnine poisoning. His research reveals that the professionals who were denounced by Dr. Jordan enjoyed honorable and distinguished careers. He concludes that Dr. Jordan went to great lengths, over a period of nearly two decades, to cover up the real circumstances of Mrs. Stanford’s death.

The late Robert W. P. Cutler, M.D. was a Stanford Professor of Neurology and Neurological Sciences. His historical writing includes The Tin Box: Keepsakes of a Civil War General (1999) and Red Mountain: The Rise and Fall of a Magnesite Mining Empire, 1900–1947 (2001).

"The Mysterious Death of Jane Stanford is a well researched, fascinating read. Cutler makes a strong case for rethinking the official cause given for Jane Stanford's death—heart disease. Cutler shows why physicians of the time were convinced by their diagnosis, how the coroner reached his verdict, and when the local detectives dropped their pursuit of the possible suspect. And he persuasively argues that they were all wrong."

"The Mysterious Death of Jane Stanford, a graceful little hardcover that many say lays out the facts of the poisoning—and the subsequent spin-job—with such medical expertise and detail as to be irrefutable."