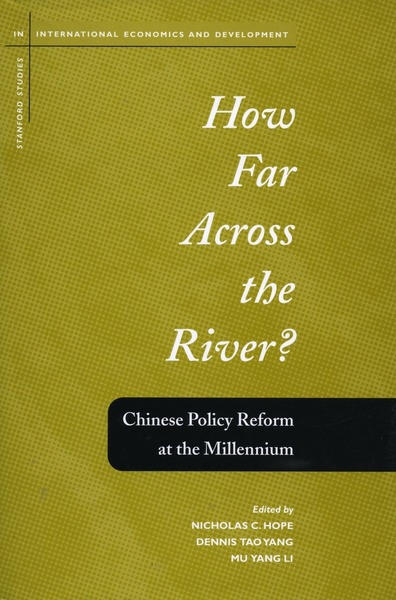 Gradual change has been a hallmark of the Chinese reform experience, and China's success in its sequential approach makes it unique among the former command economies. Since 1979, with the inception of the continuing era of reform, the Chinese economy has flourished. Growth has averaged nine percent a year, and China is now a trillion dollar economy. China has become a major trading power and the predominant target among developing countries for foreign direct investment. Despite all this, China remains poor and the reform process unfinished.

This book takes its defining theme from Deng Xiaopeng's famous metaphor for gradual reform: “feeling the stones to cross the river.” How far has China progressed in fording the river? The experts who contributed to this volume tackle many aspects of that question, assessing Chinese progress in policy reform, priorities for further reform, and the research still needed to inform policymakers’ decisions.

Nicholas C. Hope is Deputy Director of the Stanford Center for International

Development (formerly the Center for Research on Economic Development and