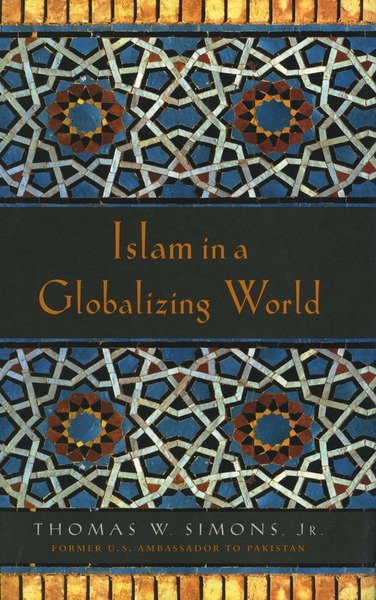 This book takes a historical approach to examining Islam’s role in globalization. The author identifies complex historical and geopolitical trends in Islamic history, and constructs from these a clear assessment of contemporary Islam. Most important, the book examines historical trends from a perspective that contributes to an understanding of Islam in the aftermath of September 11.

The author takes us through a review of the first Islamic millennium and Islam’s role as a globalizing force, to subsequent changes in the Muslim world, through a comparison with earlier radical movements in Russia, and finally to trends in contemporary political Islam and projections for future developments. Along the way, the author points out many of the challenges Islamists have faced, some of their pitfalls, and some modernizing attributes of contemporary Islam.

This accessible, timely book should be of strong interest to anyone with a desire for greater understanding in this transformed global environment.

Thomas W. Simons, Jr. is Consulting Professor, Center for International Security and Cooperation, Stanford University. He was the Ambassador to Pakistan from 1996 to 1998.

"In Islam in a Globalizing World, Ambassador Simons has drawn on his unique experiences in the Muslim world and Eastern Europe to create a brilliant study of Islam's centuries-old efforts to adapt to modernization. Today, in an era in which the world of Islam is suddenly in the forefront of public concern, this impressive application of history should help readers to an intelligent understanding of the dynamic and, at times, conflicting forces at work in that world."

—David D. Newsom, University of Virginia, and former Under Secretary of State for Political Affairs. He was also Ambassador to Libya, Indonesia and the Philippines

"In four fascinating essays, Mr. Simons gives us a provocative and accessible account of the challenges which the Islamic world has faced and those it has presented to western societies. In an elegantly woven narrative following Islam from its first century to the impact of today's IT-led globalization, the author persuasively builds his explanation of why radical Islam remains a marginal phenomenon in the faith now guiding one-sixth of the world's population. He also provides an excellent bibliography for the reader seeking a better understanding of today's most hotly debated issues concerning

"Tom Simons has crafted an excellent analysis of the challenges that Muslim societies face with modernity and globalization. Despite the enormity of the tasks ahead, he ends on the optimistic note that it may be possible for the Muslim societies 'to shape for themselves a modernity that is consonant with Islamic belief and Islamic identity.' In many ways, international peace and security will depend on what that outcome will be."

"Provides singular insight into the crisis in the Islamic world: its historic origins, its relation to comparable crises in world affairs, & the future prospects of Islam."