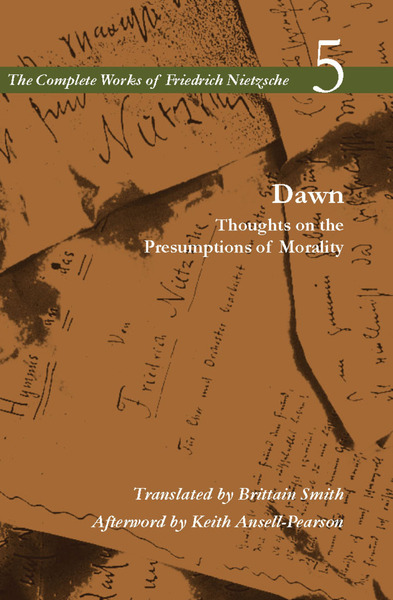 Dawn is the most recent volume to appear in the first complete, critical, and annotated English edition of all of Nietzsche's work. The edition, organized originally by Ernst Behler and Bernd Magnus, is a translation of the celebrated Kritische Studienausgabe in 15 Bänden (1980) edited by Giorgio Colli and Mazzino Montinari. The book is the first to appear under the editorial direction of Alan D. Schrift, Keith Ansell-Pearson, and Duncan Large, and to incorporate subsequent corrections to the 1980 edition.

Continuing the positivistic turn of Human, All Too Human, Dawn is the second installment in the free spirit trilogy that culminated in The Joyful Science. One of Nietzsche's "yes-saying" books, it marks his first significant confrontation with morality and offers glimpses of many of the signature themes in his mature works. Dawn has come to be admired in recent years for its ethical naturalism, psychological observations, and therapeutic insights. Presented in Nietzsche's aphoristic style, it is a text with hidden riches, one that must be read between the lines and one that the discerning reader will admire and cherish.

Brittain Smith is Director of Study Abroad at The College of the Holy Cross.

"English is the only major language into which the Colli-Montinari edition of Nietzsche's works has not yet been fully translated. Alan D. Schrift and Duncan Large have undertaken to complete the effort begun by Ernst Behler and Bernd Magnus, and the first volume under their general editorship, Dawn, represents a huge leap forward. We can finally look forward to the completion of this nineteen-volume series, which will be invaluable not only to specialists but also to students and anyone interested in this remarkable thinker." 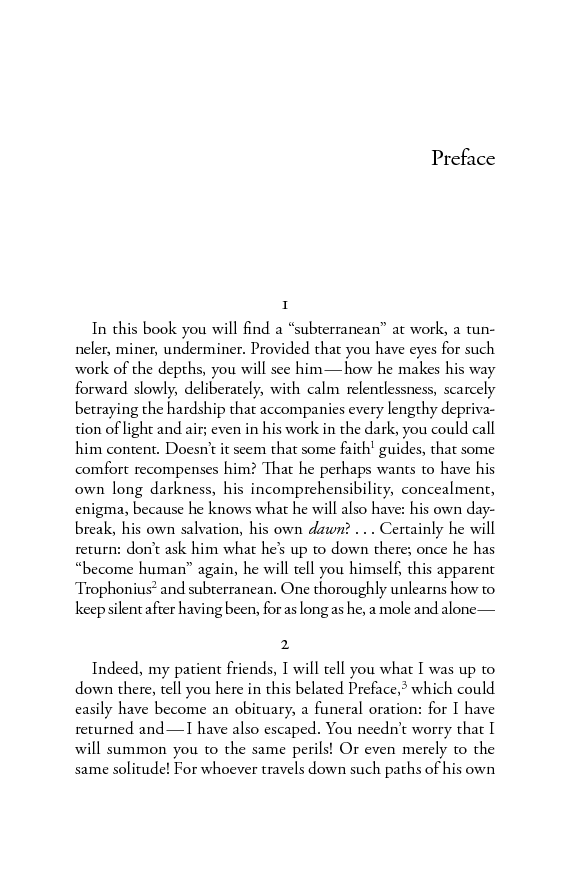 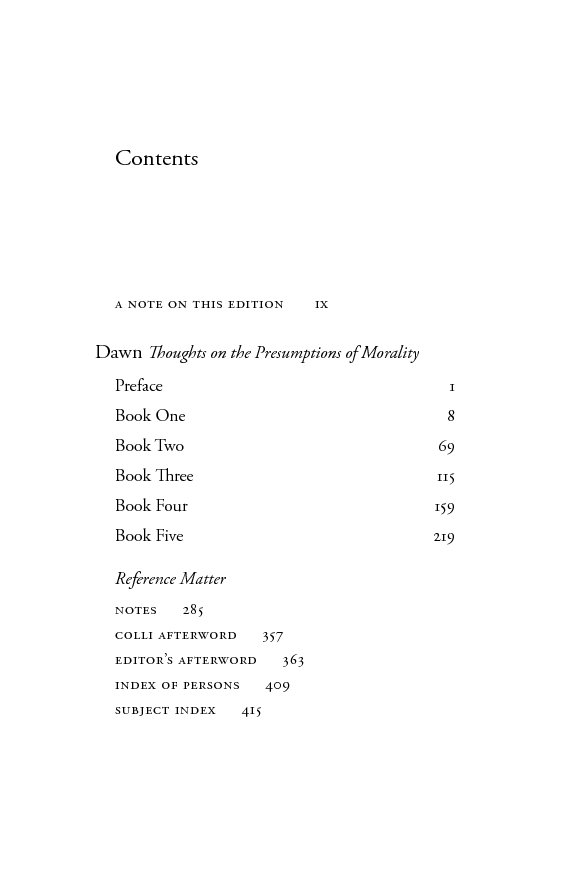