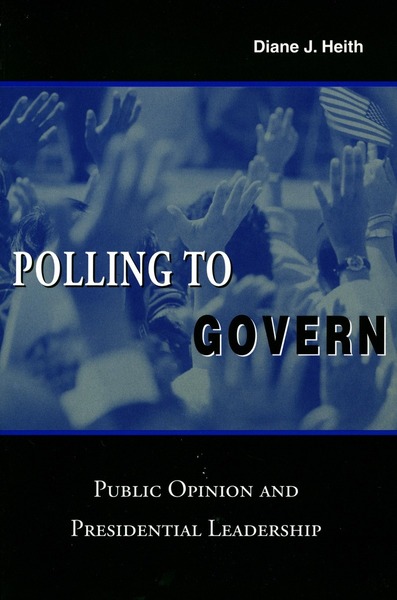 Presidents spend millions of dollars on public opinion polling while in office. Critics often point to this polling as evidence that a “permanent campaign” has taken over the White House at the expense of traditional governance. But has presidential polling truly changed the shape of presidential leadership?

Diane J. Heith examines the polling practices of six presidential administrations—those of Nixon, Ford, Carter, Reagan, Bush, and Clinton—dissecting the poll apparatus of each period. She contends that while White House polls significantly influence presidential messages and responses to events, they do not impact presidential decisions to the extent that observers often claim. Heith concludes that polling, and thus the campaign environment, exists in tandem with long-established governing strategies.

"Polling to Govern is a thoughtful, detailed, and significant analysis of how six U.S. presidents from Richard Nixon to Bill Clinton used public opinion polls to develop presidential leadership."

"A thoughtful, thorough analysis of White House polling operations and the data obtained from those polls."

"[Polling to Govern] offers lots of interesting findings and insights. Students of the presidency will surely profit from reading [it]."