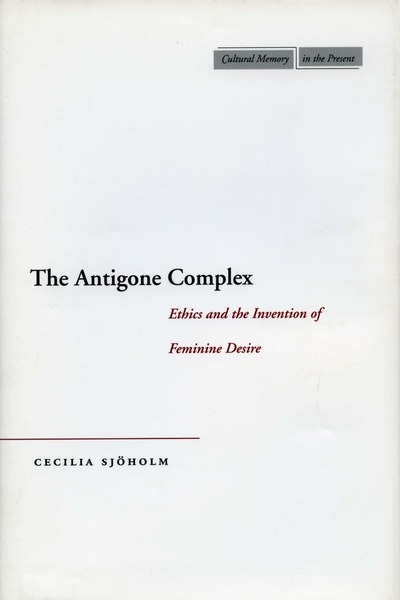 The Antigone Complex
Ethics and the Invention of Feminine Desire
Cecilia Sjöholm
SERIES: Cultural Memory in the Present

What if psychoanalysis had chosen Antigone rather than Oedipus? This book traces the relation between ethics and desire in important philosophical texts that focus on femininity and use Antigone as their model. It shows that the notion of feminine desire is conditioned by a view of women as being prone to excesses and deficiencies in relation to ethical norms and rules. Sjöholm explains Mary Wollstonecraft's work, as well as readings of Antigone by G.W.F. Hegel, Martin Heidegger, Luce Irigaray, Jacques Lacan, and Judith Butler.

This book introduces the concept of the "Antigone complex" in order to illuminate the obscure and multifaceted question of feminine desire, which has given rise to the fascination of generations of philosophers and other theoreticians, as well as readers and spectators. At the same time the book argues for a notion of desire that is intrinsically related to ethics. The ethical question posed by Antigone, and explored in the book, is: what determines those actions that one must do, as opposed to those that one ought to do?

Cecilia Sjöholm is Associate Professor in the Program of Aesthetics at South Stockholm University College, Sweden.

"The Antigone Complex is an interesting contribution for the understanding of the role of subjectivity in the formation of ethical values and ethical order, giving us a scholarly tour on the connection between ethics and philosophical reflection on feminine desire as well as the importance of Antigone in the philosophical tradition." 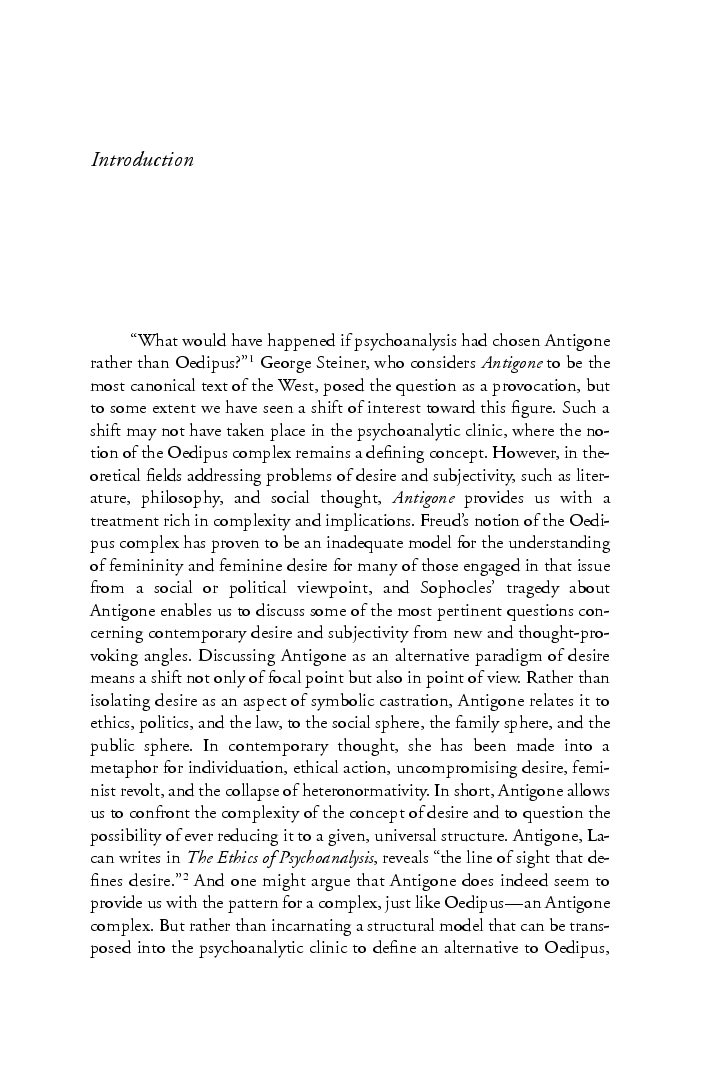