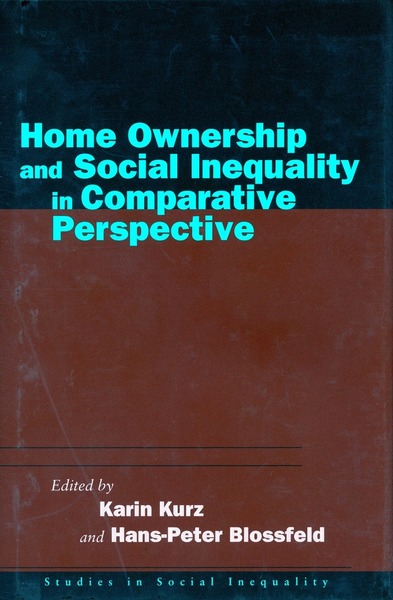 Although a strong indicator of social status, home ownership has rarely emerged as a topic in social inequality research. This book compares twelve countries—the United States, Germany, Belgium, France, the Netherlands, Denmark, Norway, Italy, Spain, the United Kingdom, Ireland, and Israel—to determine the interdependence of social inequality and homeownership attainment over the life course. Examining countries that are similar with respect to socioeconomic development, but different in regard to their housing policies, the authors show that housing policies matter and are largely consistent with a country’s general approach in the provision of welfare.

This book presents a valuable contribution to the social stratification literature, which traditionally has neglected the dimension of home ownership. It goes beyond most housing studies by adopting a life-course framework and longitudinal approach. The empirical findings provide evidence that in all countries under study—even those of the social democratic welfare regime type—labor market position matters in one’s chances to become a homeowner.

"...the book makes a seminal and important contribution to the literature....It is a highly recommended reference work for students and researchers alike....It has certainly set a high standard for future research in this neglected field."