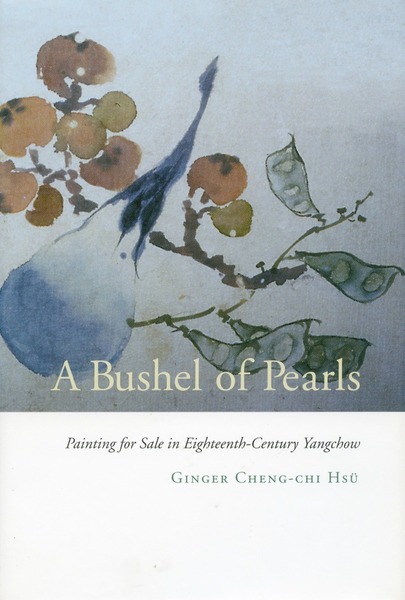 Painting in eighteenth-century Yangchow, a city that dominated the political and economic scene of mid-Qing China, has traditionally been viewed as the product of a group of nonconformist, “eccentric” artists who were supported by wealthy merchants.

This book, however, does not focus on the creative energy of the individual artist, the rise of the Yangchow school of painting, or patronage narrowly defined. Rather, it studies eighteenth-century Yangchow paintings as artistic products shaped by collective social and cultural experiences, and by constant exchanges between the artists and their audience. The author examines the paintings as commodities, revealing the mechanism of their exchange and the values negotiated, and she interprets the paintings in a framework that moves beyond economics into the social, political, historical, and literary contexts of their creation and appreciation.

The book begins by considering merchant patrons long associated with the Yangchow school of painting, and goes on to reveal that there were patrons from lower socioeconomic levels who were, in fact, perhaps the major consumers of Yangchow painting. The author then discusses four artists who exemplify the diversity of backgrounds and artistic traditions of Yangchow painters and patrons.

Fang Shih-shu represents the traditional scholar painter of conservative orthodox landscapes. Huang Shen, by contrast, represents painters with craftsman backgrounds who mingle the values of the literati with the technical skill of artisans. The last two painters, Cheng Hsieh and Chin Nung, represent the emergence of new types of artists who adopted painting as an occupation and commercialized both their artistic products and their personal cultural refinement and literati status.

By reconstructing the economic lives of these artists, examining their social roles, identifying their networks of patronage, and investigating their aesthetic choices, this book illuminates the process of professionalization of the scholar-artist and the commodification of literati culture in late imperial China.

Ginger Cheng-chi Hsü is Associate Professor of Art History at the University of California, Riverside.

"Early Western scholarship on Chinese paintings was at one time (metaphorically) placed in a hermetically sealed box containing the artist and his or (rarely) her works. Connoisseurship was usually the primary concern. . . . However, there was a large context of the places, people, society, and function of the painitings, especially in later times, yet this context has been probed in increasing depth only int he last decade or so. Hsü offers her book as an excellent example of this and has aptly chosen to focus on the city of Yangchow and its painters in the 28th century. At that time, Yangchow was an exceedignly wealthy city of connerce to the point of vulgar excess. Painters served, even pandered to, a rich clientele. Hsü uses fourn painters as 'case studies,' and gets a full chapter. They are apt choices as they represent the gamut of artistic responses to the social environment. The paintings, like Yangchow, are rich and varied potpourri, and they are well served here. General readers; undergraduates through faculty."