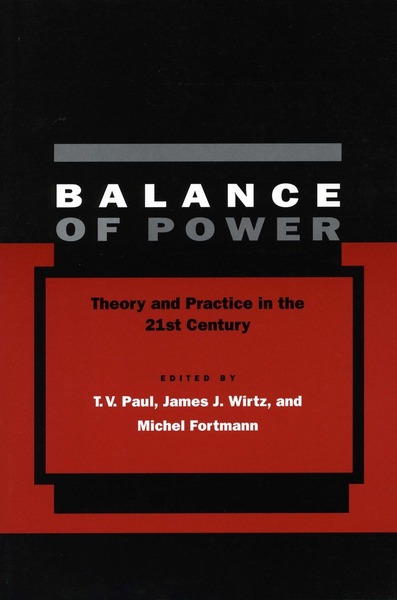 In this book, prominent scholars pay special attention to the theoretical and historical criticisms of balance of power theory while empirically assessing its validity at both global and regional levels. The volume also looks at systemic factors favoring or hindering a return to balance of power politics. It evaluates the challenges posed by subnational actors, such as terrorist groups, and weapons of mass destruction to international order. Further, it examines the relevance of balance of power axioms in selected regions: Western Europe, Eastern Europe, East Asia, South Asia, and Latin America.

T. V. Paul is James McGill Professor of International Relations at McGill University. James J. Wirtz is Professor and Chairman of the Department of National Security Affairs at the Naval Postgraduate School. Michel Fortmann is Professor of Political Science at the University of Montreal.

"This volume is an insightful revision of balance of power politics and poses challenging questions for researchers in international relations."

"This collection of studies written by leading experts in the field offers a careful, thorough, and very wide -anging assessment of balance-of-power theory in today's international politics. The caliber of the research is outstanding. It will be required reading for specialists and students alike."